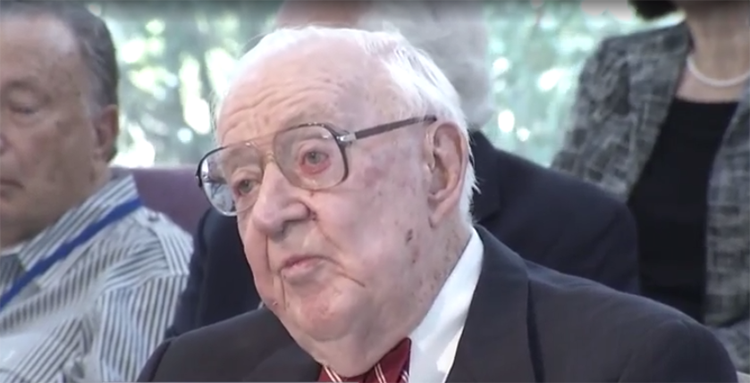 Among those who oppose his confirmation is retired Justice John Paul Stevens, who said at a Florida appearance on Thursday that Kavanaugh’s testimony suggests political bias, the Palm Beach Post and New York Times report.

The Senate voted 51 to 49 on Friday morning to invoke cloture, which gives the Senate a maximum of 30 hours to debate. Two senators crossed party lines, with Republican Sen. Lisa Murkowski of Alaska voting against cloture, and Democratic Sen. Joe Manchin of West Virginia voting in favor. A confirmation vote will most likely take place on Saturday.

During his Sept. 27 testimony, Kavanaugh denied a sexual assault allegation by Christine Blasey Ford and complained of “an orchestrated political hit.” For weeks, Kavanaugh said, some Democrats were “lying in wait” with Ford’s allegation, ready to use it “only if you couldn’t take me out on the merits.”

Ford testified that Kavanaugh sexually assaulted her at a party in 1982 when both were high school students. Ford said that she was pushed into a bedroom and onto a bed at the party, and Kavanaugh got on top of her, groped her, and tried to take off her bathing suit, while he and his friend Mark Judge laughed.

Kavanaugh said in the op-ed that his testimony “reflected my overwhelming frustration at being wrongly accused, without corroboration, of horrible conduct completely contrary to my record and character. My statement and answers also reflected my deep distress at the unfairness of how this allegation has been handled.

“I was very emotional last Thursday, more so than I have ever been. I might have been too emotional at times. I know that my tone was sharp, and I said a few things I should not have said.”

Going forward, Kavanaugh said, “you can count on me to be the same kind of judge and person I have been for my entire 28-year legal career: hardworking, even-keeled, open-minded, independent and dedicated to the Constitution and the public good.”

“I revere the Constitution,” Kavanaugh wrote. “I believe that an independent and impartial judiciary is essential to our constitutional republic. If confirmed by the Senate to serve on the Supreme Court, I will keep an open mind in every case and always strive to preserve the Constitution of the United States and the American rule of law.”

In his appearance at an event for retirees in Boca Raton, Stevens said he initially thought Kavanaugh should be selected for the Supreme Court because he had the qualifications for the job. He had even favorably cited one of Kavanaugh’s opinions in his 2014 book Six Amendments: How and Why We Should Change the Constitution.

“I’ve changed my views for reasons that have no relationship to his intellectual ability,” said Stevens, who is 98. “I feel his performance in the hearings ultimately changed my mind.”

Stevens said “there’s merit” to the criticism that the testimony demonstrated a potential for political bias “and I think the senators should really pay attention to that.”

Stevens, who was appointed to the bench by Republican President Gerald Ford in 1975, retired from the Supreme Court in 2010. He said that he saw Kavanaugh’s testimony in the hearings as distinct from Justice Clarence Thomas’ during his own nomination process. “There’s nothing that Clarence did in the hearings that disqualified him from sitting in cases after he came on the court,” Justice Stevens said. “For the good of the court, it’s not healthy to get a new justice that can only do a part-time job.”

“You cannot help but like Clarence Thomas, which I don’t think necessarily would be true of this particular nominee,” he added.

Kavanaugh opponents held nationwide protests on Thursday, including a demonstration across the street from the ABA’s headquarters in Chicago. Several thousand protesters gathered in Washington, D.C., on Thursday, marching to the Hart Senate Office Building for a protest in the atrium, the New York Times reports. More than 300 people were arrested, 293 of them due to the atrium protests, the Hill reports. Nine others were arrested on the fourth floor of Dirksen Senate Office Building.

Comedian and actress Amy Schumer was among those arrested during the atrium protest, USA Today reports. The Guardian and CNN also have stories.

Updated at 10 a.m. to report on cloture vote.