Kid Rock shows for jury duty, promises to give police 'the benefit of the doubt' 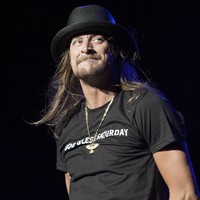 Called for jury duty in Michigan, Kid Rock arrived in the Oakland County Court house in Pontiac on Thursday and answered questions about his fitness to serve in a murder trial.

Noting his many law enforcement friends, the singer, whose real name is Robert James Ritchie, promised to give police “the benefit of the doubt,” reports the Detroit Free Press.

He also praised the murder trial prosecutor, Jeff Hall, who handled the case over a 2013 incident concerning a man who sprinted past Kid Rock’s security gate and tried to break into his Clarkston area home.

“Jeff prosecuted him successfully,” Rock said. “So thank you, Jeff!”

Circuit Judge Martha Anderson then dismissed the singer from the jury pool, citing his acquaintance with the prosecutor and ties to law enforcement, the newspaper reports.