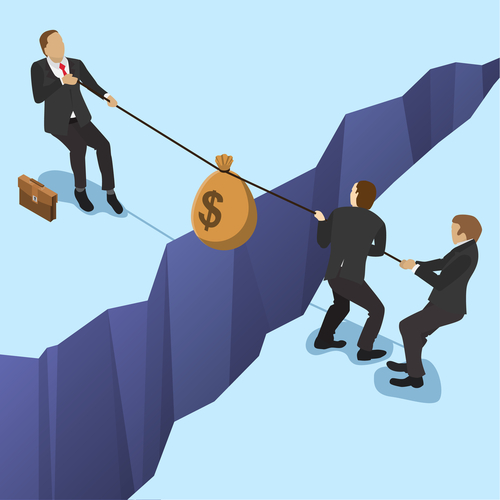 Law firms are filing more lawsuits seeking unpaid legal fees, despite the risk that they will face counterclaims for malpractice.

Law.com has the story, which relies on information from several lawyers who advise other lawyers.

“Litigation by law firms to recoup allegedly unpaid legal fees has increased in recent years,” Law.com reports, “and the amount of money at stake is growing too, as law firms pay closer attention to their margins.”

One law firm suing over unpaid fees is Fox Rothschild, according to Law.com.

In one case, Fox Rothschild is seeking more than $460,000 in arbitration fees from the Professional Rugby Organization, a former client. The client had been represented by lawyers who took the case with them when they joined Fox Rothschild. The client contended that he didn’t receive adequate notice of the arbitration.

In a second case, Fox Rothschild is suing Epic Match, a film production company, and its founder for about $104,000 in allegedly unpaid fees. The client contends that the law firm was negligent in its representation.

Law.com spoke with Abraham Reich, the chair emeritus at Fox Rothschild, who advises law firms in malpractice cases. He spoke generally about fee lawsuits, rather than about his law firm’s involvement.

“You’ve got to have a good reason for writing off six- or seven-figure legal fees,” Reich told Law.com. “Unless there has been an oversight, a problem with the representation or some other policy reason not to pursue it, you’re seeing more claims to be pursued.”