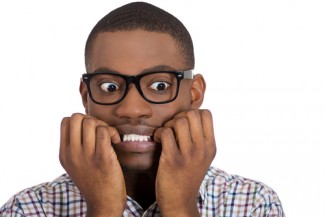 Law professors who use cautionary tales in the classroom may not be as persuasive as they thought.

Law professors use cautionary tales to encourage students to proofread their work, to be truthful in court, to update authority and to use proper citation form. But social science research suggests the fear-inducing tale can backfire if students become so fearful of failure that they don’t believe they can avoid the danger, according to legal writing scholar Abigail Patthoff of Chapman law school.

Patthoff wrote about the impact of cautionary tales in an article to be published by the Utah Law Review. The Wall Street Journal Law Blog covered her conclusions.

Though there is some inconsistency in the research, Patthoff said, heightened appeals to fear don’t work in populations with high existing fear— which would include law students.

Patthoff listed some of the cautionary tales:

“Although some fear is productive and can motivate students to achieve,” Patthoff wrote, “too much fear can be debilitating and distracting. A decline in well-being among law students, attributed to stress, has been well-documented. Fear is one of the culprits contributing to this distress.”

Patthoff also says cautionary tales would be better delivered at low-stress periods in the school year, perhaps at the beginning of a semester or after an assignment is due.