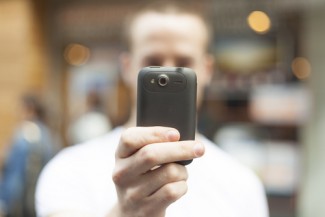 A public defender in Louisiana has been found in contempt of court for taking out his cellphone and recording a talkative defendant’s mouth being taped shut on a judge’s orders.

Judge Marilyn Castle of Lafayette found lawyer Michael Gregory in contempt Friday, fined him $100, and banned him from bringing his cellphone to court for six months. KATC 3 and the Lafayette Daily Advertiser covered the contempt hearing.

Castle is also the judge who ordered a bailiff to tape defendant Michael Duhon’s mouth shut during his sentencing July 18 for theft and money laundering. The Lafayette Daily Advertiser and the Acadiana Advocate verified Castle’s order based on minutes of the proceedings.

Duhon had objected to evidence and tried to make arguments during the sentencing hearing, although Castle warned him repeatedly that he should speak through his defense lawyer, Aaron Adams. Gregory did not represent Duhon.

Castle allowed removal of the tape after Adams objected and said the better option is to remove his client from the courtroom.

During the contempt hearing Friday, Castle said Louisiana’s judicial ethics code requires judges to bar recordings in their courtroom, according to KATC 3. “This is not a pleasurable thing to do, but I am mandated by the Supreme Court to uphold its rules,” Castle said.

Local court rules generally ban cellphones in courtrooms, but lawyers are among those granted an exception as long as they follow the rules.

Castle had ordered Gregory to delete the video, but he submitted a copy to the court as evidence. It was admitted under seal.

Gregory said he would appeal.