Lawyer is accused of having sex with clients on office video, including while he awaited online hearing 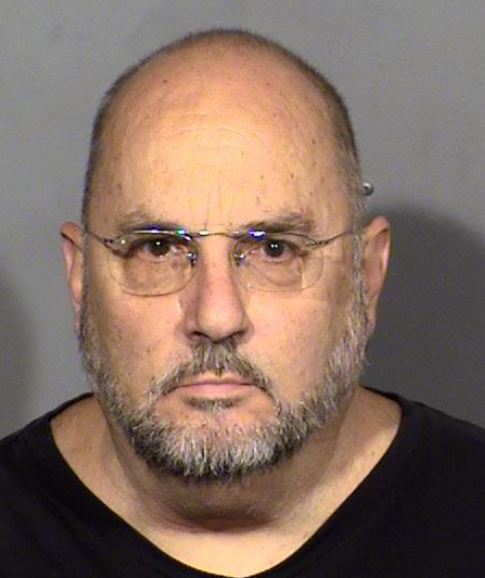 Las Vegas lawyer Douglas Crawford, 67, has been accused of having sex with clients on a live office video, sexually harassing his employees, and trying to kiss an undercover officer posing as a client. Photo from the Las Vegas Metropolitan Police Department’s May 26 press release.

A Las Vegas lawyer has been accused of having sex with clients on a live office video, sexually harassing his employees, and trying to kiss an undercover officer posing as a client.

The allegations against 67-year-old lawyer Douglas Crawford surfaced in an arrest report and during a court hearing Tuesday, the Las Vegas Review-Journal reports here and here. Crawford was arrested May 26 on five counts of open or gross lewdness, according to a press release by the Las Vegas Metropolitan Police Department.

Chief Deputy District Attorney Jacob Villani said during the court hearing Crawford allegedly exchanged sex with clients for legal services, according to the Las Vegas Review-Journal. The arrest report alleged that Crawford was aware that his office sex was being picked up by surveillance cameras with live monitor feeds that “were in the law office for all employees to view.”

Investigators reviewed one video in which Crawford’s sexual encounter ended abruptly, according to arrest report details cited by the Las Vegas Review-Journal. Employees told police that Crawford had stopped because he was on a video call awaiting a court hearing, and his case was called.

Former employees told police that Crawford had touched them inappropriately. Some employees also said Crawford grabbed their faces as he tried to kiss them without their consent, the newspaper reported. They also said Crawford showed them naked pictures of women and videos of himself having sex.

The undercover officer visited Crawford’s law office May 25 while posing as a would-be client. According to the arrest report, Crawford made sexual comments and tried to kiss the officer on the lips.

According to the Las Vegas Review-Journal, Crawford was accused in 2007 of misappropriating more than $300,000 in client funds to support a gambling addiction. He pleaded guilty to two counts of felony theft, and he was suspended from law practice for five years. He was reinstated to law practice in 2015.