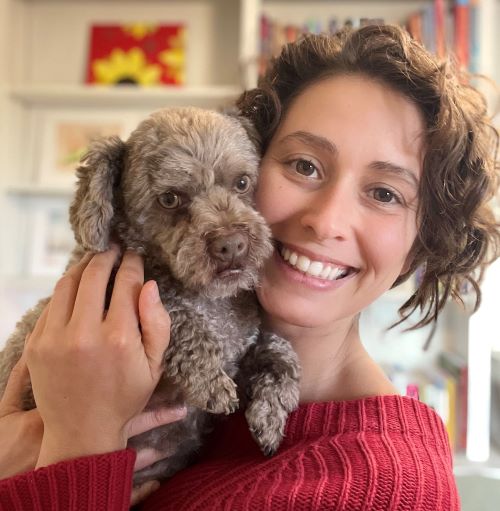 Nikki Vasconez offers psychic readings, as well as training for people who want to learn how to communicate with their pets. Photo courtesy of Nikki Vasconez.

A Philadelphia lawyer who was “miserable” with her $75,000-per-year job as a real estate lawyer couldn’t be happier after switching careers.

Nikki Vasconez is now pursuing her passion full time as a pet psychic, report the New York Post and the Daily Mail. She charges $350 per hour and makes more money than she did as a lawyer.

Vasconez offers psychic readings, as well as training for people who want to learn how to communicate with their pets, the articles report.

Vasconez asks for a photo of the animal before the reading, along with information on its name, gender and the names of the people the animal lives with. During the reading, Vasconez studies the animal’s photo and telepathically asks a series of questions. She records her questions and what she learns during the session to allow the animal’s owners to hear.

“When I’m communicating with the animals, sometimes I see images flash across my eyes or I’ll hear particular phrases,” she said. “I don’t hear their accents or tone of voice, but I can always sense their personality.”

Vasconez was able to pinpoint why a cat was in pain—its tooth was hurting. An X-ray showed that the cat had an abscess that required the tooth to be pulled. She also correctly discerned that a horse named Cruse didn’t like his owner’s boyfriend and knew that the boyfriend didn’t like him. The horse owner confirmed that it was true. She also spoke with a dog who reported that a door in the kitchen was sticking, driving the woman of the house mad. The owners said the dog’s report was completely accurate. 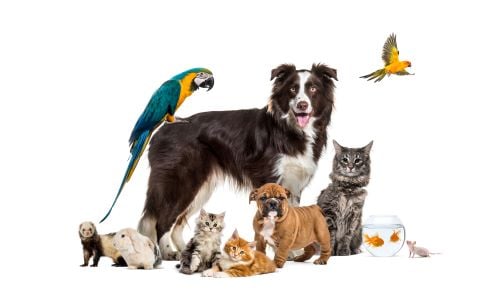 Vasconez typically uses her talents to communicate with household pets, such as dogs and cats. But she has also worked with geckos, horses, cows, pigs, birds, donkeys and deceased animals.

“Of the animals I’ve spoken to that have passed, they are never upset, angry or hold a grudge,” Vasconez said. “In my experience, they’ve only ever been happy and free and talk about how parts of their body have been restored and ailments that have gone away.”