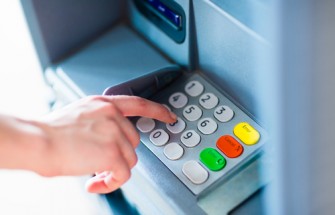 A lawyer who made personal cash withdrawals from his lawyer trust account with an ATM card has been suspended for three years.

The court concluded that Pollak’s mistakes were likely caused by “willful ignorance” rather than health conditions he cited as a mitigating factor in his conduct.

Pollak deposited more than $80,000 to replenish the account in September 2016.

Pollak also deposited legal fees into the trust account, which amounted to an improper commingling of funds, the court said.

Pollak had told ethics regulators that he was unaware that his bank had linked his escrow account to the debit card, and his mistakes were unintentional. He also said he had diabetes and depression, although he didn’t know it at the time, and the conditions contributed to his inability to recognize his mistakes.

The appeals court said despite those factors and Pollak’s expressions of remorse, the suspension was warranted.

Pollak’s “diabetic condition cannot reasonably account for the lack of attention and oversight over his bank accounts over an extended two-year period,” the appeals court said. “Assuming that the respondent truly did not know that he was invading funds that he knew were ‘not to be touched,’ willful ignorance, rather than uncontrolled diabetes, is the more plausible explanation for the respondent’s use of escrow funds for personal expenses.”

The court also noted that Pollak had been admonished in 2018 for fabricating a judicial decree. He also received two letters of advisement in 2017 for failing to keep clients reasonably informed about the status of legal matters.

Pollak commented on the decision in a brief interview with the ABA Journal.

“I am sorry it happened, and I am embarrassed by it, and I hope to do better,” he says.

Previous:
Why did a Georgia city prohibit tattoos on Sundays?

Next:
Some Tennessee death-row inmates opt for electric chair over lethal injections