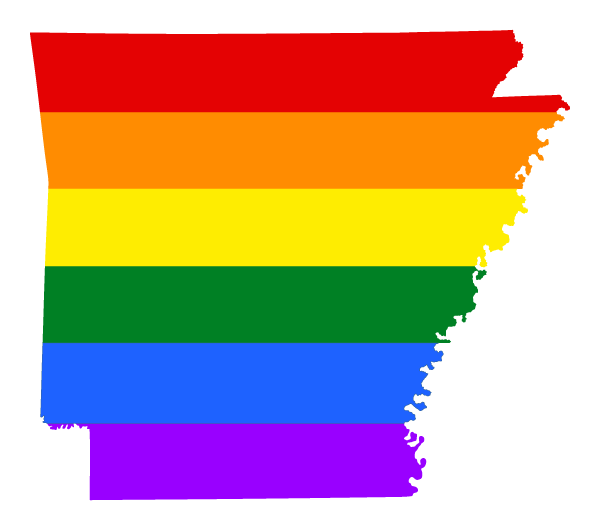 A lawyer who successfully sought to overturn Arkansas’ gay-marriage ban has filed a defamation suit against her co-counsel that argues he denigrated her work and wrongly accused her of inflating her work hours.

The suit focuses on Wagoner, though his law firm, a firm associate, and a “Jane Doe” judge are also named as defendants, the Northwest Arkansas Democrat-Gazette reports. The judge is accused of helping prepare the defamatory statements.

Wagoner and Maples had both filed lawsuits challenging the gay-marriage ban; Wagoner’s suit was filed in federal court and Maples’ in state court. They had joined each other’s cases as co-counsel, according to a Democrat-Gazette article quoted in the suit.

Maples says she filed her state court lawsuit Wright v. Arkansas first—in fact it was the first such suit filed in the United States—and Wagoner asked to join it a few days later. Soon afterward, Wagoner and Maples reached out to the National Center for Lesbian Rights and another group, which both became heavily involved in the lawsuit.

Maples says her state court suit contained an error, later corrected: It did not include one of the relevant unconstitutional statutes. Wagoner’s federal suit filed about 10 days later had the exact same error, Maples claims.

According to Democrat-Gazette articles quoted in the suit, Wagoner had alleged Maples did little work in the federal case, and said in a court affidavit that Maples’ state court lawsuit was “not well-pled or developed.” He also said he was concerned that her state court pleadings were so deficient they could result in rulings that would harm the federal case.

Another article Maples cites in her suit ran in the Arkansas Times and also relayed Wagoner’s allegations of excessive billing by Maples. She also includes online comments made on the article criticizing her appearance, targeting her husband, and saying Maples had “tried to rape the taxpayer for $345,000” and that she was a “liberal, bloodsucking piece of shit.”

Maples says she worked 1,365 hours on the state court case and sought fees of $365,825 in keeping with her hourly rate of $250. The judge cited Wagoner’s pleadings and awarded $30,000 in attorney fees and $3,000 in costs. The amount “was by far the lowest fee award in the United States on the same-sex marriage cases,” Maples’ suit says.