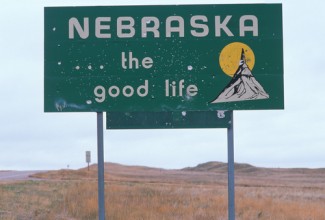 Twelve counties in Nebraska have no lawyers at all, while others have only a handful.

Indeed, the number of practicing lawyers in rural Nebraska is “shrinking rapidly,” the Sidney Sun-Telegraph reports. The problem has spurred the Nebraska State Bar Association to begin a rural initiative that stresses the benefits of rural practice to law students, according to the Sun-Telegraph and the Associated Press.

State Bar President Marsha Fangmeyer told the Sun-Telegraph that two or three people found jobs as a result of the initiative, which featured tours of two small towns in the state. “The hope is to continue this effort in other areas of the state,” she said. “It is essential that we provide access to justice all across the state, including the rural areas.”