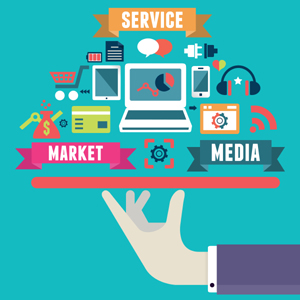 The main theme of Clio Cloud Conference 2016 may have been “how to become a data-driven lawyer,” but it might as well have been “adapt or perish.”

The conference, which took place at the Radisson Blu Aqua Hotel in Chicago, wrapped up Tuesday with a heavy focus on branding and marketing as a means of differentiating your firm from the pack. There were also sessions about technology, including one on artificial intelligence led by Andrew Arruda, the co-founder of Ross Intelligence, and one on leveraging legal technology led by R. Amani Smathers, legal solutions architect at Davis Wright Tremaine’s innovation and consulting team De Novo.

However, it was best-selling author and entrepreneur Gary Vaynerchuk who made the biggest wave. Speaking in the penultimate slot on the final day of a conference is usually a guarantee that the person on stage will see a whole lot of empty seats and sleepy eyes. But Vaynerchuk, who went on right before Clio CEO Jack Newton’s closing remarks and thank-yous, spoke to a near-capacity crowd and received a rousing ovation for his speech, which was designed to ruffle feathers within the legal industry.

Vaynerchuk went as far as to tell those in attendance that they should think of themselves as media companies first and law firms second. “You may not have thought you’d be a media company first,” he said. “The problem is, the market doesn’t care what you thought.”

To illustrate his point, Vaynerchuk shared some insights gleaned from years of speaking at various conferences for various industries. He recalled that he once spoke at a limousine drivers’ convention and none of them ever thought that companies like Uber or Lyft would affect their business. He had a similar experience with hotels and Airbnb.

“Within half a decade, technology came along and changed their lives,” he said. “But I don’t feel bad for them, because that’s capitalism. You win and lose the same way.”

The law is hardly immune from this phenomenon, he argued, pointing out that there are already networks of attorneys doing work at discounted rates. How soon until they do to the legal industry what Amazon did to bookstores?

Vaynerchuk reiterated what many other speakers have said throughout the conference: Lawyers ignore technology, including contact through the internet, at their peril. “I genuinely believe that this entire room is grossly underestimating how big a shift we are living through,” said Vaynerchuk, calling it the internet industrial revolution. “You’re leaving a lot of opportunities and creating bigger vulnerabilities for yourselves.”

Vaynerchuk said lawyers are missing out on a huge opportunity by ignoring Facebook. According to him, Facebook ads cost a fraction of what Google AdWords cost, and the micro-targeting potential of Facebook is very good. Users can target potential consumers by income level, profession, ZIP code and many other categories.

Vaynerchuk also noted that the best lawyering skills and the best tech were useless without an audience. “Before you can tell people how great you are, you have to get people’s attention,” he said.

That was a theme echoed by several other conference speakers. Keynoter Melanie Heller, vice president and general counsel of Bloomberg Law, drew a distinction between marketing and branding, noting: “Marketing is what you do. Branding is who you are.” Heller argued that branding is just as important as practicing law, and that branding not only helps grow a practice, but it can also help you punch above your weight class and compete with larger, richer rivals.

“There’s never been a better time to be a small firm or solo practice,” Heller said to an audience comprised, primarily, of such attorneys. “You have more flexibility in bringing in new technology and you’re more nimble than big law firms.”

One example of a branding success story is Bryan Wilson, a Texas-based criminal defense lawyer who led a session on marketing. Known as “The Texas Law Hawk,” the energetic Wilson became a viral video sensation because of his over-the-top commercials that feature him repeatedly screaming out his moniker while riding in on motorcycles and Jet Skis to inform regular folks of their rights and to protect them from overzealous police officers.

“I wanted people to know who I was before I established a 10-year reputation,” said Wilson, who recalled that his first ad was not well-received by many in the legal industry. Of course, that only made him decide to get even crazier with his next video, which got nearly 1.8 million views on YouTube and earned him a brief spot in a national commercial that ran during the Super Bowl.

“My videos get a lot of attention,” he said. “But that’s not what brings in clients. It’s the interviews and media appearances afterward that bring them in.” And that’s allowed him to get the clients he wants.

“Be yourself, loudly,” he said to a rousing ovation, much to his surprise. “I never thought I’d have a room full of lawyers applauding that video. Thanks, y’all!”