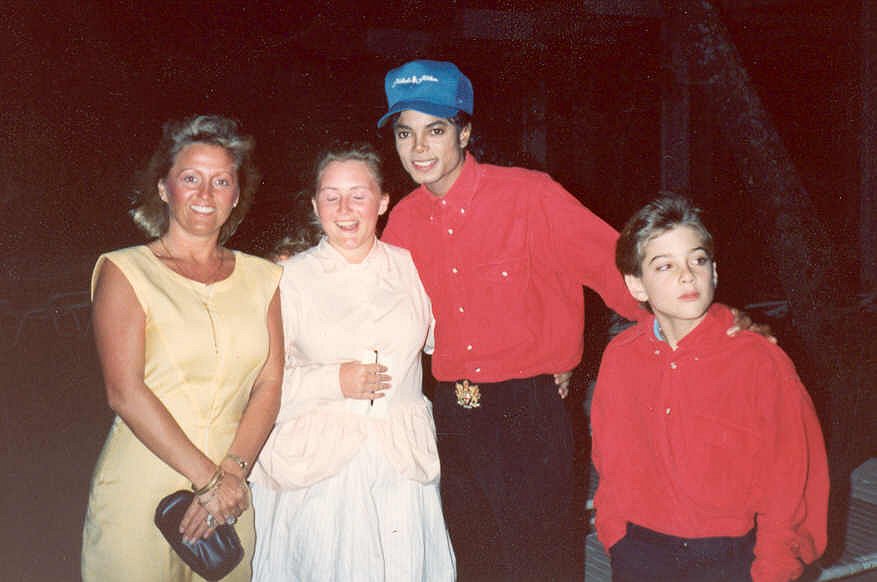 My wife recently came across the new Michael Jackson documentary on HBO. She’s no more a Michael Jackson fan than average. Sure, she likes the hits, but she's not into deep cuts or trivia factoids. She did, however, suggest we watch Leaving Neverland. Thinking back, I imagine she was just trying to feed me fodder for one of my columns.

We decided to dive in blind. I don’t think either of us had spoken with anyone who’d viewed the documentary beforehand. The only feedback I was aware of revolved around some headlines I had glanced at on the web. They concerned Jackson’s family’s lawsuit against individuals involved with the film.

The two of us watched the entire documentary. While I’m not saying “stay away,” I am suggesting you can likely find something better to view in your down time.

Consider this column a gift to the inquisitive: I watched Leaving Neverland so you don’t have to.

The nearly four-hour, two-part documentary is difficult to process. Both parts begin with a warning regarding the sensitive nature of the content to follow. It’s a warning most should heed.

I wasn’t too worried about anything I might see or hear. After all, I handle major sex crimes every day in my private criminal defense practice. I’ve had multiple charges involving horrible facts dismissed or acquitted. Along the way, I’ve heard some of the most deviant and malicious allegations anyone could imagine.

However, the accusations discussed in Leaving Neverland are indeed graphic and disturbing, even to me. If the graphic nature of the allegations isn’t enough, the repetitive discussion of them is. The constant and consistent explanations of sex acts creates an extremely unsettling experience.

Perhaps that was the point, though. If the accusations are true, Jackson molested and abused these children daily, off-and-on, over the course of years. Maybe the director was trying to make a correlation between their repeated abuse and their repeated descriptions. I don’t know for sure.

What I do know is that there came a point towards the end of part one where I stopped to wonder how many different ways these (now) grown men intended to describe the sexual abuse they suffered as children. It was hard to sit through.

‘WE CONSIDERED HIM A FRIEND’

The narrative is drawn from the tales of two children (now adults): Wade Robeson and James “Jimmy” Safechuck. Both were young boys whose mothers thrust them onto the stage in hopes of future stardom. Through their own individual sets of circumstances, both Wade and James found themselves staying with Jackson at various points in the late ’80s and early ’90s.

Both children were dancers who seem to have devoted their entire childhoods to pursuing fame and fortune. Their parents push the children’s careers while seemingly unaware that Jackson, the world-renowned “King of Pop,” had grown oddly close with the boys. It’s easily argued Jackson was too close to the children even without knowledge of the sexual allegations. As a grown man, he interacted with them in a way that should give any adult pause.

It is hard to fathom Jackson, with all his star power, staying in the homes of ordinary folk. However, those possibilities looked more like realities once candid photos of Jackson (along with audio and video recordings) were presented throughout the documentary. It’s evident that Jackson spent a great deal of time with these families, especially the young boys.

In that sense, Wade’s and James’ circumstances are somewhat similar to the common scheme. Complaints of child sexual abuse are most often aimed at family members or friends. Those are the people with the easiest access to the children. It’s a logical extension of that category of crime: crimes of opportunity. Perpetrators need to get their victims alone. It’s much easier for a friend or family member to isolate children from parents and other protectors.

Very rarely do we see instances of reported child abuse committed at the hands of strangers. Sure, those situations do occur, but in my experience, they are far less likely than instances involving a friend or family member. Most parents, regardless of how naïve they are, won’t leave their child with a total stranger. Plenty of parents, on the other hand, will leave a child with family member or a friend.

Some parents, apparently, will also leave their child with a pop superstar if he asks.

It was incredibly frustrating to hear the boys’ mothers’ explanations as to how and why they were oblivious to the sexual abuse the boys describe. I would bet editing had a great deal of influence on their portrayals. Regardless, it’s impossible to believe the allegations and not loathe the parents. Consequently, it’s an interesting choice to tell the story by juxtaposing the boys’ graphic commentary with the mothers’ discussions about Jackson’s positive attributes and caring nature.

The choice to constantly contrast the heinous allegations against the positive descriptions of Jackson is telling. So are the contemporaneous explanations regarding his financial assistance to the families. It all helps to establish the mindset of both the perpetrators, and the victims, of child sexual abuse and molestation.

You see, if the allegations are true, Jackson was able to accomplish his criminal conduct by grooming both the children and the parents. James’ mother noted how Jackson’s attention was a significant development for the family. According to her, it was a highlight “for him to want to befriend us.”

The term “grooming” is rarely associated with adults. Most commonly, the term describes the conduct a perpetrator employs to create comfort and trust in victims so they will be more vulnerable and susceptible to abuse and molestation. Once the grooming is complete, the victims are more easily exploited.

However, the parents of sexual abuse victims are often groomed as well. In this situation, Jackson was not a blood relative. He was not a relative by marriage. He wasn’t a family friend who inched his way closer to the children. But somehow, he was still able to convince these parents to leave their children with him.

It seems everyone was starstruck. Jackson was one of the most famous and talented humans on the face of the earth, and if the allegations are true, he used his wealth and influence get close to the boys. He gave them money. He took them on trips.

He allegedly got the children to lie for him.

DELAYED DISCLOSURES AND THE AGENDA ISSUE

The documentary also details the 1993 sexual abuse allegations made by another 13-year-old boy. Jackson fought the accusations. He sought the statements from Wade and James throughout the investigation. Both testified they had never suffered sexual abuse at Jackson’s hands. The case eventually ended in a large civil settlement.

Wade and James did not plan to let anyone know what had happened. But they seemed to be keeping silent for different reasons.

According to Wade, he still loved Jackson. He felt that they had a relationship, and to him, the things Jackson did were an extension of that relationship. Jackson’s actions made him feel special and loved to the point where he did not even view it as abuse.

James, on the other hand, said his silence was based more on shame and embarrassment.

Both Wade and James were forced to reassess their relationships with Jackson in 2003 when he was again publicly accused of child molestation. Once again, a 13-year-old boy was alleging that Jackson had sexually abused him. This case did not settle like the previous instance a decade earlier. This time, Jackson was forced to jury trial.

Wade testified under oath that he stayed with Jackson on numerous occasions and had never been abused. James declined to testify, even though he says Jackson begged him. James said the begging eventually turned into threats, but he refused to comply.

Jackson was eventually acquitted of all charges. Many in the mainstream alleged that the accusations were nothing more than money grabs. People postulated that Jackson was an easy target, and the previous civil settlement cast dollar signs in the eyes of his accusers. Others thought the verdict was merely another instance of a wealthy celebrity taking advantage of the system.

Nevertheless, Jackson died a few years later in 2009. Wade finally went public with his accusations in 2013. He filed a lawsuit against Jackson’s estate, alleging molestation spanning seven years. Predictably, Wade was pounced upon by those same Jackson supporters who claimed the 2004 criminal trial was nothing more than an attempted payday.

There was a great deal of pushback against Wade. His motives and merits were questioned. He was demeaned and criticized for lying. In the eyes of many, he either lied under oath during the 2004 trial, or he was lying now in his lawsuit.

Then, in 2014, James joined Wade’s lawsuit. According to him, seeing Wade break the silence made him feel that he had someone to connect with—someone who had experienced his same pain. Both lawsuits were eventually dismissed—not on the merits of the allegations, but because they were time-barred.

A WAR OF WORDS

As such, both men are left resigned to the fact they said too little too late. Actually, in the case of Wade, it could be argued that he said too much too soon. If his most recent allegations are true, then he lied under oath to save a man that molested him for nearly a decade. His false testimony could have been the reason Jackson was acquitted. If the allegations were true, it could be the reason for many other horrible consequences as well.

In the end, I didn’t take much away from the documentary. Maybe that’s because I try these types of allegations to juries, and I hear these fact patterns more often than most. I’ve seen the false allegations. I’ve heard the delayed disclosures and recantations.

For those who don’t share my unique perspective though, I can boil down the takeaway for you: Child sexual abuse cases are almost always a war of words. They are some of the easiest allegations to make, and some of the most difficult allegations to defend.

Sexual molestation charges are rarely supported by physical evidence. They rarely have an eyewitness other than the victim and the accused. Since there is usually no objective, direct evidence to support the allegations, sex crimes cases often play out similar to Leaving Neverland: The veracity and truthfulness of the victim and the accused often take center stage—for better or for worse.