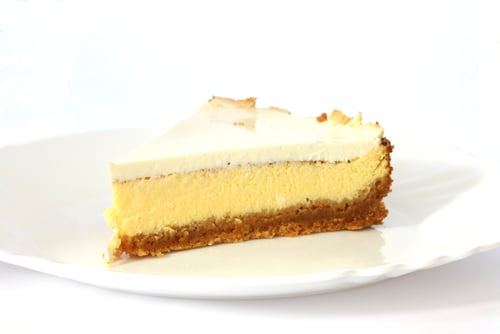 The Michigan Department of Corrections violated Jewish prisoners’ religious rights when it failed to provide them with kosher meat and a meal with dairy on the Jewish Sabbath and four Jewish holidays, a federal appeals court has ruled.

The 6th U.S. Circuit Court of Appeals at Cincinnati upheld a trial judge’s decision that the prisoners’ kosher meals should also include cheesecake on the holiday of Shavuot. The prison policy violated the prisoners’ rights under the Religious Land Use and Institutionalized Persons Act, the appeals court said.

Law.com and MLive.com have coverage.

The Michigan Department of Corrections offers a universal religious diet to prisoners with religious needs that consists of kosher vegan food. Prisoners can also go to the commissary to buy kosher-certified beef sticks and chicken sausage, as well as dairy products that include dry milk, but those items can’t be brought into the chow hall at mealtime.

Ackerman and Shaykin testified that their religious texts mandate meat and dairy at meals on certain days. Between-meal snacks wouldn’t suffice, they said.

Ackerman testified that Shavuot is associated with cheesecake in the Jewish community, although arguably a glass of milk would be fine. Shaykin testified that his religious beliefs would be fulfilled in a better way if he had cheesecake, rather than other dairy products, on Shavuot.

The appeals court upheld a trial judge’s findings that the Michigan policy substantially burdened the inmates’ exercise of their “sincerely held religious beliefs.”

When courts determine whether an inmate’s religious belief is sincere under the RLUIPA, they don’t inquire into whether a belief is mistaken or insubstantial, the appeals court said.

The “RLUIPA’s sweep is not limited to reasonable or even orthodox beliefs—the reasonable and the unreasonable, the orthodox and the idiosyncratic all enjoy protection,” Nalbandian wrote.

Using clear error review, the appeals court upheld the trial judge’s finding that the inmates’ beliefs were sincere, including their beliefs about cheesecake.

Although “the cheesecake issue is trickier,” there is evidence suggesting that the prisoners believe that cheesecake is required on Shavuot, the appeals court said.

“The district court reached the defensible conclusion that it should credit the prisoners’ testimony that they believe cheesecake is mandatory on Shavuot,” the appeals court said. “That’s all that is required. Even if we may have come out differently on this issue if we were sitting as district judges, we affirm under the applicable standard of review.”

The court also said the state had not shown a compelling interest in avoiding the estimated $10,000 annual cost of providing the requested foods. The Michigan Department of Corrections spends $39 million annually on food.

The state had also argued that granting the exception to the Jewish prisoners would turn prison kitchens into an unwieldy and expensive “religious-accommodation buffet.”

But the state “has not done the legwork in its briefing to show how the desired accommodation or future ones will increase administrative burdens by, for example, requiring more kitchen space than what is available,” the appeals court said.

In addition, the state did not specify the religious-food implications of religious prisoners requesting meal add-ons.

“Although we are wary of creating a one-way ratchet,” the appeals court said, “the sky hasn’t fallen yet. And the MDOC doesn’t tell us why it is about to in Michigan.”