Litigation over 'Made in USA' claims is on the upswing 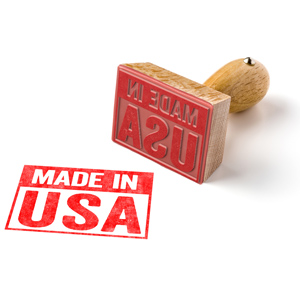 Consumers who say they were misled by false “Made in USA” labels are increasingly resorting to the courts, according to a lawyer who represents food and beverage companies.

Greenberg Traurig lawyer Justin Prochnow told Bloomberg BNA that “Made in the USA” complaints are one of the more frequent claims being made against companies.

The article provides an example. In a case filed in Chicago federal court on May 5, plaintiff Angel McDonnell claims Nature’s Way is selling its “Women’s Energy Supplement” with a “Made in USA Label,” even though it contains products made in other countries.

The suit (PDF) refers to Federal Trade Commission guidance that says “all or virtually all” of a product must be made in the United States for it to be called American-made.

Another labeling case encountered a roadblock, however, when a California appeals court upheld a trial judge’s refusal to certify a class action. The suit concerned “Made in USA” marketing of Sears Craftsman tools. The court said the proposed class was too broad because it would have included people who bought the tools but never saw the targeted advertising. The court also said it would be difficult to determine the country of origin of all parts of tools purchased during the class period.