Longtime lawyer is investigated in shooting outside his law office; 'a number of attorneys' carry guns 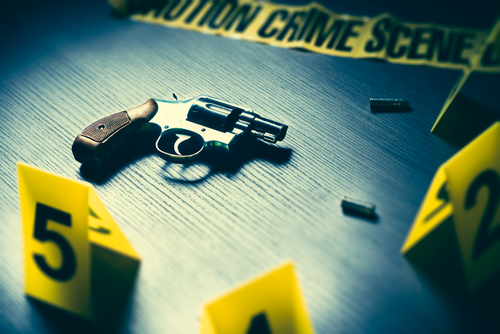 A Connecticut real estate lawyer is under police investigation following a fatal shooting Monday evening in the parking lot outside his law firm's office in Litchfield, Connecticut.

Fisher has been a partner at the firm since 1981.

The shooting victim, 39-year-old Matthew Bromley, died from a single gunshot wound to the head. Ken Taylor, a senior partner at Cramer & Anderson, told Law.com that the firm’s preliminary review does not indicate that Bromley was a client or an adversarial party.

“We will keep looking, just in case something is there,” Taylor said.

Hearst Connecticut Media obtained court records showing that Bromley had a criminal record—with convictions for carrying a dangerous weapon, second-degree burglary, carrying a weapon in a motor vehicle and driving under the influence.

Police said Monday they are treating the incident as an “ongoing homicide investigation.” They did not disclose a motive.

Only one gun was recovered from the scene, and it was registered to a licensed owner, according to the Litchfield County Times. Bromley and Fisher may have known each other, but the exact relationship is unknown, a state police spokesperson told the Register Citizen.

State police said Tuesday Fisher is one of the people who called 911, and he stayed on the scene after the shooting, according to reporting by the Hartford Courant.

State trooper Josue Dorelus said there was “some sort of altercation” before the shooting. In response to a question, Dorelus said detectives are working to determine whether Fisher was defending himself when the shot was fired.

Fisher, a Vietnam veteran, graduated from Princeton University and the University of Connecticut School of Law. Lawyers who knew Fisher described him as a skilled and respected lawyer who was a “go-to guy” for matters involving real estate, zoning and commercial land development.

“He represented his clients well in a cooperative fashion. He was not belligerent,” said lawyer Jim Stedronsky in an interview with Law.com. “I sat across the table from him on numerous closings over the years. He was a very polite, Ivy League-type of person.”

Litchfield County Bar Association President Ryan Henry told the Register Citizen that Fisher is “a very cool, calm guy” and a pleasure to work with. He told the Litchfield County Times that “a number of attorneys” carry guns for protection.

“As lawyers, we’re dealing with, in many cases, a lot of high-conflict situations where people are angry and feel they didn’t get a fair shake,” he said. “There’s a lot of people out there with mental illness that have serious psychiatric issues. It’s not uncommon for people to carry guns. … You don’t know what’s on the other side of that door.”