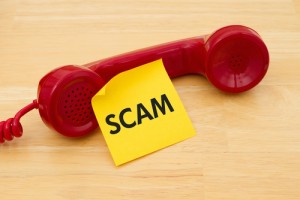 A telephone scammer was sentenced to 71 months in prison last Friday after trying to persuade former FBI and CIA director William Webster to give him $50,000 to collect purported lottery winnings.

The scammer had told Webster and his wife that his name was David Morgan, he was head of the Mega Millions lottery, and he needed the payment to cover taxes before he could release the winnings: $15.5 million and a Mercedes-Benz. CNN, the Washington Post and NBC News have coverage.

The scammer’s email address, however, contained his real name: Keniel Thomas. The FBI arrested Thomas when he flew to New York in late 2017 to visit a friend. The Jamaican national pleaded guilty in October to interstate communication with the intent to extort, according to a press release.

Webster had contacted the FBI after he first received a call from Thomas in June 2014, prosecutors said. Webster was 90 years old at the time.

The next day, Webster placed a call to Thomas, and the FBI recorded it. This time, however, Thomas said the lottery prize was valued at $72 million. Thomas made several later calls to Webster and his wife in which he said he was watching their home and he would kill them if they didn’t pay up.

“He terrified me,” Webster’s wife, Lynda, told NBC News. “He told me that what the sniper’s bullet would do to my head and the blood would go onto my white house.”

During the sentencing, Thomas told the Websters he didn’t mean to hurt them. He then referenced his country. “We love you guys,” he said. “We love tourists.”