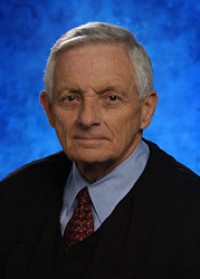 A part-time magistrate judge in Georgia has resigned after his Facebook comments about “snowflake” counterprotesters and “nut cases” who tear down Confederate statues.

Chief Magistrate Judge Kristina Hammer Blum said in a statement that Hinkle had “dutifully served” for 14 years, but acknowledged his recent statements on social media “have disrupted the mission of this court, which is to provide justice for all.”

In one post, written before a counterprotester was killed last Saturday during a violent rally, Hinkle wrote that everyone in Charlottesville in upset over a statue of Confederate Gen. Robert E. Lee.

“It looks like all of the snowflakes have no concept of history,” he wrote. “It is what it is. Get over it and move on. Leave history alone—those who ignore history are deemed to repeat the mistake of the past. In Richmond VA all of the Confederate monuments on Monument Ave. have people on horses whose asses face North. PERFECT!”

In another post, written on Tuesday he wrote, “The nut cases tearing down Confederate monuments are equivalent to ISIS destroying history,” according to a prior story by the Journal-Constitution.

Hinkle was initially suspended on Tuesday. Blum said then that she had imposed the suspension pending a review of the appropriate final action. She cited judicial canons that require judges to conduct themselves in a way that promotes public confidence in the judiciary.

Hinkle told the Journal-Constitution on Tuesday that he didn’t “see anything controversial” in his posts.

“But you know, with the way things are going in the world today, I guess everything’s controversial,” said Hinkle, who was mayor of Grayson, Georgia, about 40 miles from Atlanta, for more than two decades before retiring in 2013.