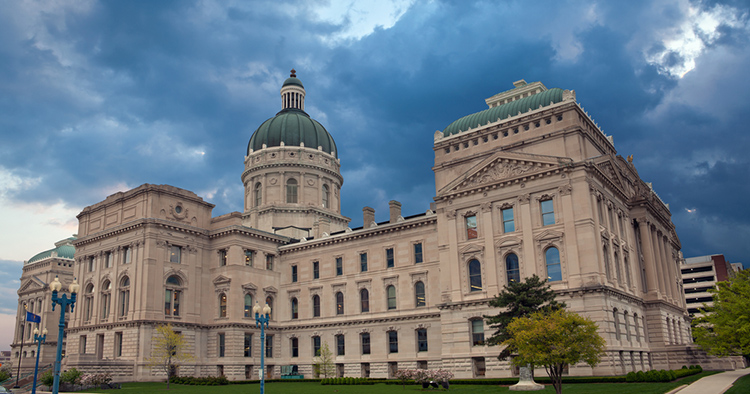 The Indiana Supreme Court has reinstated a voluntary manslaughter charge against a man whose attorney-client conversation was recorded during a break in police questioning, then transcribed and distributed to prosecutors.

The court reinstated the charge against John Larkin, who was accused of shooting and killing his wife in December 2012 at their home in Long Beach, report the Michigan City News-Dispatch, NWI.com and the Indiana Lawyer. The Legal Profession Blog notes the June 27 decision.

The court said dismissal of the charge for misconduct was an “extreme remedy,” and a trial court can decide which evidence is tainted by misconduct. The court also said trial delays during an appeal and a request for a new judge were attributable to Larkin, and he wasn’t entitled to dismissal for lack of a speedy trial under a criminal court rule.

Larkin’s statements to police during an initial interview were later suppressed because the officers continued to question Larkin after he invoked his right to counsel. Larkin agreed to another interview on condition that the state consider charging him with only manslaughter.

During a break in that interview, video cameras recorded Larkin’s privileged conversation with his lawyer, including a discussion of motive, possible charges and possible defenses, and the sequence of events on the evening of the shooting, according to the Indiana Supreme Court decision. Police and prosecutors both viewed the video, which was transcribed by a court reporter and given to the prosecutor’s office. The eavesdropping was disclosed to Larkin nearly a year later.

A judge tossed the voluntary manslaughter charge in 2016, and an Indiana appeals court affirmed last year.

The Indiana Supreme Court said there is no dispute that the state committed misconduct. Not only was the attorney-client conversation recorded and listened to by prosecutors, there is also evidence that one officer told another to change his statement about a prior interaction with Larkin’s wife, the court said. There is also evidence that the gun used in the shooting was tampered with, according to the court.

But the state “must be given a chance (even though it may not be possible) to demonstrate by proof beyond a reasonable doubt that some untainted and admissible evidence exists,” the court said.

If evidence is tainted by misconduct, the state should be given the chance to rebut the presumption of prejudice, the court said.

Last November, the Indiana Supreme Court imposed a four-year suspension on the chief deputy prosecutor in LaPorte County, Robert Neary, because he viewed to attorney-client conversations in the Larkin case and another case in Michigan City.