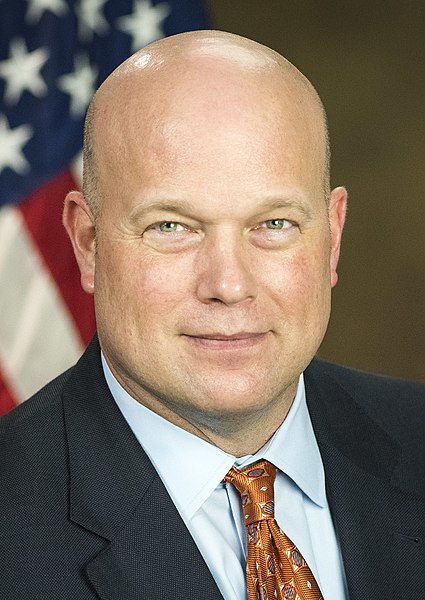 Matthew Whitaker. Photo courtesy of the U.S. Department of Justice.

The wrong person has been named to temporarily take the place of ousted Attorney General Jeff Sessions, according to a motion filed in federal court by the state of Maryland on Tuesday.

Maryland is challenging Whitaker’s authority in a motion to substitute defendant in its suit seeking to uphold key provisions in the Affordable Care Act, according to a press release and FAQ page. BuzzFeed News, the National Law Journal, the New York Times and the Baltimore Sun have coverage.

The motion claims Whitaker’s appointment violates the Attorney General Succession Act and the Constitution’s appointments clause, which generally requires “principal officers” of the United States who report directly to the president be appointed with the advice and consent of the Senate.

The issue has spurred debate in op-eds and news articles that consider whether Trump was acting within the law when he appointed Whitaker under the Federal Vacancies Reform Act, a 1998 federal law regarding the appointment of temporary officers.

Maryland argues in the motion that the more specific Attorney General Succession Act must be applied rather than the more general Federal Vacancies Reform Act.

A memorandum supporting the suit also cites Whitaker’s “idiosyncratic views” that are said to conflict with long-standing Department of Justice policy. The document says Whitaker has advocated for judges who have a “biblical view of justice” and has questioned the validity of Marbury v. Madison, the case establishing the principle of judicial review.

The state also says Whitaker has so far taken over supervision of special counsel Robert Mueller, despite Whitaker’s view that there was no collusion between Russia and the Trump campaign. “Whitaker is highly likely to implement substantial changes as acting attorney general, further heightening the public interest in an injunction,” the state asserts.