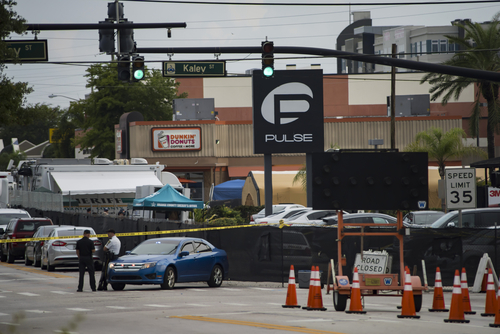 Survivors of the Pulse nightclub shooting who hired a Philadelphia-based law firm to represent them are criticizing recruiting tactics by the firm and its office manager.

Three survivors of the 2016 shooting in Orlando, Florida, told the New York Times that an office manager for the Law Offices of Conrad J. Benedetto appeared to seek their help in recruiting other victims to become clients.

The three survivors said John Groff invited them on cross-country trips to meet with other mass shooting survivors. On the trips, they began to suspect that the law firm invited them in hopes they would help recruit more clients.

One man represented by the law firm, Brian Nunez, had left the Pulse nightclub moments before the shooting, in which 49 people were killed. He said he was asked to record a promotional video for the firm. Nunez told the Times he agreed, though he didn’t feel comfortable doing it.

Pulse survivor Christopher Hansen told the Times that Groff had sent him Facebook messages with images of other mass shooting survivors with text that appeared to ask Hansen to help with recruitment. “We need this one,” Groff reportedly wrote on one of the messages Hansen captured in a screenshot. “Reach out to him.”

Groff is also listed as manager of a private Facebook group called Survivors of Mass Shootings. The claimed mission is to help people through the healing process.

Nunez and Javier Nava, who was shot in the abdomen at the nightclub, also alleged that Groff had sent them sexually charged messages, according to the article. And another survivor said he was surprised to learn his name was listed in a federal civil suit against a security company that had employed the gunman behind the mass shooting.

Survivors who criticized the firm acknowledged they didn’t raise their concerns with anyone at the law firm during the events that raised their concerns.

Conrad Benedetto told the Times his firm treats all of its clients with professionalism and respect. Clients have his cellphone number, he said, and they are welcome to call him with any complaints.

“We represent victims who have been seriously injured and emotionally distressed and we respect them and will always support them to the fullest moral, ethical and legal standards,” he said.