Can judges and law clerks participate in educational seminars? Partisanship is a factor, opinion says 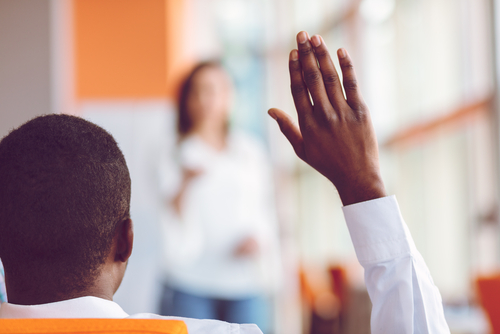 Federal judges and law clerks should consider whether an organization sponsoring an educational seminar is viewed as partisan when deciding whether to participate, according to a new advisory opinion.

The opinion was released after several Democratic senators raised questions about a Heritage Foundation training camp for judicial clerks, according to the National Law Journal and a press release.

The Judicial Conference of the United States’ Committee on Codes of Conduct wrote the advisory opinion.

“In recent years, the types of organizations covered by this advisory opinion have played an ever-more prominent role in the public policy discourse of the nation,” the opinion says.

“Organizations that were once clearly engaged in efforts to educate judges and lawyers have become increasingly involved in contentious public policy debates. Gone are the days when it was possible for a judge to identify the sponsoring organization and know that the judge was within a bright-line ‘safe zone’ for participation.”

The advisory opinion says factors to be considered include:

• The stated mission of the organization, including any ideological or political point of view.

• Whether the organization engages in education, lobbying or outreach to Congress or executive branch policymakers.

• Whether the group conducts outreach or educational programs for the media, academia or policy communities.

• Whether the group is actively involved in litigation, including the filing of amicus briefs.

• Whether the group has rallies or meetings in conjunction with court cases with the aim of influencing public opinion.

• Whether the group advocates for specific outcomes on legal or political issues.

• The source of the group’s funding.

• Whether the group is viewed by the public as having a consistent ideological or political point of view equivalent to the type of partisanship found in political organizations.

• Whether the group is paying the cost of attendance.

• Whether the group asks for materials to be kept secret.

• Whether participation is limited to people with certain points of view.

Next:
‘Humiliated and ashamed’ Paul Manafort sentenced to 47 months in prison