A criminal defense attorney from Fort Myers, Florida, has been permanently disbarred after failing to appear for court proceedings in three counties since October 2018.

The Florida Supreme Court suspended David Allen Brener’s license in November 2018 after he “abandoned his law practice without notice to his clients and without taking reasonable steps to protect their interests,” the Fort Myers News-Press reports. A press release from the Florida Bar is here.

In addition to missing court appearances in Lee, Pinellas and Collier counties, Brener failed to communicate with clients, perform work, respond to the Florida Bar or participate in disciplinary proceedings. 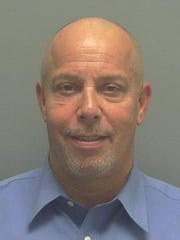 His disbarment was effective following a Florida Supreme Court order in early June, according to the Fort Myers News-Press. He also was ordered to pay restitution of $27,800 to six clients and $2,251.55 to the Florida Bar.

Brener previously had been accused of beating, kidnapping and holding his wife captive over a three-day period in 2016, but he was acquitted of all charges the following year, according to the Fort Myers News-Press.

He broke a man’s eye socket during a bar fight in downtown Fort Myers and was arrested for battery in 2014. But according to the Fort Myers News-Press, no charges were filed after the incident.

Chris Crowley, an attorney who successfully defended Brener on a previous claim of ineffective counsel, told the Fort Myers News-Press that Brener was a “very talented trial attorney,” and that his disappearance was “very bizarre.”