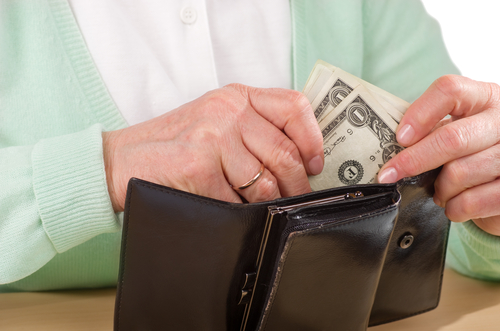 More than 260 people have been targeted across the globe in the largest coordinated sweep of elder fraud cases in history, the U.S. Department of Justice announced Thursday.

The scammers victimized more than 2 million Americans, many of them elderly, causing millions of dollars in losses, according to a press release. USA Today, ABC News and Fox 43 have coverage.

The DOJ announced a similar sweep a year ago involving more than 200 defendants. The combined losses caused by the defendants in the two crackdowns amount to three quarters of a billion dollars.

One of the alleged scammers, Canadian citizen Omoefe Okoro, 48, is accused of acting with others to defraud more than 100 lawyers and law firms, causing more than $30 million in actual losses, according to an unsealed 2012 indictment.

He and his associates also tried to steal an additional $100 million from about 300 lawyers and law firms, the indictment alleges.

Okoro was extradited to the United States in August, according to an extradition fact sheet.

Okoro and his associates would approach lawyers and ask for help collecting a debt, the indictment says. The scammers then would send a counterfeit “settlement” check to the targeted lawyers and ask them to wire the funds to an overseas account.

The lawyers would deposit the checks in their trust accounts and wire the money to the scammer’s overseas account before the counterfeit check bounced.

Also included in the sweep was a crackdown on tech-support fraud in which victims are tricked into giving remote access to their computers.

One 68-year-old Hawaii man who has dementia sent more than $350,000 to a company promising security fixes for his computer, according to the USA Today story. A 74-year-old California man paid more than $500,000 for what he thought was updated security software.

Former FBI and CIA director William Webster appeared at a DOJ press conference to announce the sweep. Webster and his wife had enlisted the FBI’s help after being approached by a scammer who claimed the Websters had won $15.5 million in the lottery but they would have to pay $50,000 to collect the winnings.

The lottery scammer, Keniel Thomas, was sentenced last month to 71 months in prison.