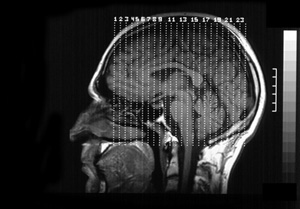 A former Army Ranger accused of killing a colleague claims a functional MRI scan indicates he was telling the truth when he asserted his innocence.

The defendant, Gary Smith, has long maintained that fellow Army Ranger Michael McQueen committed suicide, the Washington Post reports. Smith’s lawyer argued in a pretrial hearing that the scan from a company called No Lie MRI should be allowed, but Judge Eric Johnson of Montgomery County won’t allow the evidence. Johnson said the issues were “absolutely fascinating” but “brilliant people” don’t agree on whether the results can be trusted.

Smith and McQueen shared an apartment. Smith reported his roommate’s death in 2006 from a gunshot wound, but police didn’t find the weapon, the story says. Smith gave police three different accounts of what happened, one involving possible suspects with a grudge, and two involving suicide while Smith was or wasn’t at home. Smith said he panicked because McQueen used Smith’s gun, and he threw the weapon in a nearby lake.

Smith’s original conviction in a 2008 trial was overturned because the trial judge refused to allow evidence that McQueen appeared depressed after an arrest on a DUI charge.

Prior coverage of MRI evidence: