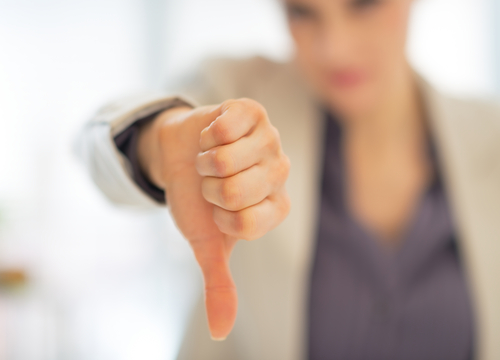 A survey of female plaintiffs in multidistrict litigation has found that most were dissatisfied with their lawyers, most didn’t trust their lawyers to act in their best interest, and most were unhappy with lengthy litigation.

Reuters has a story on the survey of 217 plaintiffs in litigation consolidated in federal court. Their cases involved injuries from pelvic mesh, breast implants and other products targeted toward women. A draft paper with the survey results has been posted online.

Among the 168 plaintiffs who hired lawyers, about 65% were extremely or somewhat dissatisfied with their lawyers.

When plaintiffs who hired attorneys were asked whether they agreed or disagreed with a series of statements, the study found:

• 67.9% did not feel like they understood what was happening with their case.

• 59.6% said their attorney did not keep them informed.

• 50.6% did not feel like they could trust their lawyer to act in their best interest.

• 49.4% said their attorney did not explain the benefits and risks of important decisions.

• 46.4% said their lawyer did not consider the facts of their case.

A recurring theme was a lack of contact by attorneys who took on a high volume of cases.

“These lawyers took way too many cases, dumped them in a pile and waited for a payout for themselves!” said one of the survey participants. Said another, “Getting status info is like pulling teeth.”

Among the 147 participants with closed cases, the average case length was 4.6 years. Some cases took less than a year, and some were open for as long as 11 years. Some plaintiffs were still waiting for a resolution after litigating for more than nine years.

Asked for their opinion on the time that it took to resolve their cases, 73.7% said it was unreasonable. Yet 59.9% indicated that they would be willing to wait even longer for a resolution if it gave them a chance to tell their story.

“I had a feeling that things were bad,” Burch told Reuters. “I had no idea they were this bad.”

Reuters noted a “few caveats” about the study. The survey was not randomly distributed to plaintiffs by mail or by email; instead the participants responded to publicity about the study. More than 85% of the respondents were pelvic mesh plaintiffs.

The respondents came from 42 different states. They were represented by 295 lawyers from 145 law firms.