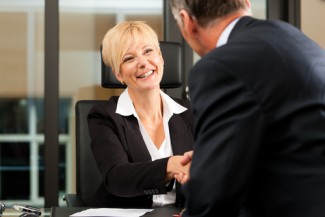 Conflicts of interest remain a paramount ethical concern, as lawyers owe a duty of loyalty to clients. Rule 1.7 of the ABA Model Rules of Professional Conduct prohibits lawyers from having conflicts of interest between existing clients, but lawyers also often owe a duty of loyalty to former clients under Rule 1.9 and prospective clients under Rule 1.18.

Lawyers cannot have conflicts between current and former clients when the interests of the current clients are “materially adverse to the interests of the former client,” according to Rule 1.9(a). Similarly, Rule 1.18(c) provides that a lawyer shall not undertake representation of a client “with interests materially adverse to those of a prospective client in the same or substantially related matter” if such information would be significantly harmful to the prospective client.

In Formal Opinion 497, released Wednesday, the ABA’s Standing Committee on Ethics and Professional Responsibility provides much-needed clarity to the concept of “material adverse.” The opinion identifies three types of situations where the condition may arise: (1) suing or negotiating against a former client; (2) a lawyer attacking or undermining their own prior work on behalf of a former client; and (3) examining a former client.

Suing or negotiating against a former client

This applies not just to lawsuits but also to negotiations. The opinion explains that “being across the table, so to speak, from a former client and negotiating against that former client in transactional matters typically constitutes ‘material adverseness.’”

A lawyer attacking their own work

A lawyer attacking their own prior work also constitutes material adverseness. The opinion cited as an example a federal circuit opinion in which a lawyer attempted to challenge a patent that the lawyer had previously obtained for a former client.

“When a lawyer represents a current client challenging the lawyer’s own prior work done for a former client on the same or a substantially related matter, the situation creates a materially adverse conflict,” the opinion explains.

The opinion also notes that material adverseness may exist when a lawyer seeks to undermine work or a result achieved for a former client.

For example, the opinion cites an ethics opinion from Ohio holding that a lawyer can only impeach a former client with a criminal conviction if that conviction is “generally known” under Rule 1.9(c).

The opinion adds that a lawyer could avoid this conflict by having the current client retain another attorney to examine the former client and screen the lawyer with the conflict from participating in such an examination of the former client.

The opinion explains that lawyers can still represent current clients even when the representation is materially adverse to former or prospective clients, as long as certain conditions are met. In the case of a conflict between a current and former client, the lawyer must obtain the informed consent of the former client to waive the conflict. Such consent must be confirmed in writing.