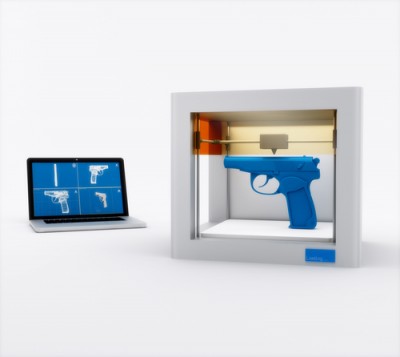 Updated: The attorneys general of several states are seeking to block a Texas company from publishing its blueprints online to make guns from 3D printers.

Then on Monday, New York Attorney General Barbara Underwood announced that state is joining a multistate coalition that will sue the Trump administration in an effort to block distribution of the blueprints.

Other jurisdictions in the coalition are New Jersey, Pennsylvania, Washington, Massachusetts, Connecticut, Oregon, Maryland and the District of Columbia.

According to Shapiro’s press release, Defense Distributed also agreed not to upload any new gun files to its sites after disclosing in court that it had begun doing so Friday.

The company had said it wouldn’t make its blueprints available until Aug. 1. But 1,000 people had already downloaded 3D plans for AR-15 semi-automatic assault rifles by Sunday, according to Shapiro

Grewal’s letter told Defense Distributed that the blueprints could help criminals create untraceable firearms and make assault weapons that are illegal in the state of New Jersey, according to a press release. “Worst of all,” the letter says, the downloadable files would be available to everyone, “regardless of age, criminal status, or history of mental illness. That would undermine New Jersey’s comprehensive scheme for keeping guns out of dangerous criminals’ hands, and it would undermine the safety of our residents.”

The letter directs the company to cease and desist from printing the information for use by New Jersey residents. Bloomberg News has the story.

Defense Distributed had planned to publish the blueprints after the U.S. State Department agreed to settle a suit filed by the company. The suit had claimed the State Department violated the First Amendment by warning in 2013 that publication of the blueprints violated export controls and could lead to a jail sentence for the company chief, former law student Cody Wilson.

As part of the June settlement, the State Department agreed to pay nearly $40,000 for Wilson’s legal fees.

Underwood said the multistate lawsuit will claim arbitrary and capricious action by the federal government that violates the Administrative Procedure Act and a Tenth Amendment violation of states’ rights to keep guns out of the hands of dangerous individuals.

The Brady Center to Prevent Gun Violence joined other groups Wednesday in seeking permission to intervene in the case to contest the settlement, according to Bloomberg and the Hill.

Grewal said in the release that posting the material online “is no different than driving to New Jersey and handing out hard-copy files on any street corner. The federal government is no longer willing to stop Defense Distributed from publishing this dangerous code, and so New Jersey must step up.”