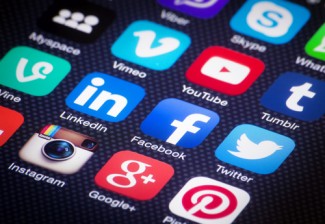 The New Mexico Supreme Court is warning judges about the perils of social media in an opinion that nonetheless sidesteps whether the trial judge’s Facebook posts indicated bias.

The New Mexico Supreme Court ruled (PDF) on June 20 that Truett Thomas was entitled to a new trial on a murder charge because the judge improperly allowed Skype testimony of a prosecution witness, the New Mexico Appellate Law Blog and the Santa Fe New Mexican report.

The court said the Skype testimony violated Thomas’ right to “physical face-to-face confrontation” of the witness, who did not appear because of inconvenience.

As a result of the Skype reversal, the court didn’t consider whether reversal was required because of the trial judge’s Facebook post. The judge had posted on his campaign website that a guilty verdict had been returned and, “Justice was served. Thank you for your prayers.”

The opinion nonetheless cautioned judges “to avoid both impropriety and its appearance in their use of social media.”

“While we make no bright-line ban prohibiting judicial use of social media,” the opinion said, “we caution that ‘friending,’ online postings, and other activity can easily be misconstrued and create an appearance of impropriety. Online comments are public comments, and a connection via an online social network is a visible relationship, regardless of the strength of the personal connection.”

The court said it agreed with an ABA ethics opinion that judicial campaign websites be maintained by campaign committees rather than the candidates.

“We clarify that a judge who is a candidate should post no personal messages on the pages of these campaign sites other than a statement regarding qualifications” the court said. The judge should not allow public comments to be posted on the campaign website, the court said, “and should engage in no dialogue, especially regarding any pending matters that could either be interpreted as ex parte communications or give the appearance of impropriety.”

Judges should also use privacy settings to protect their online presence and should consider any statements posted online to be a public statement, the court said. Concerns raised by social media include the inability to truly delete a posted message, the public perception that friendships exist between people who are not actually acquainted, and the ease with which posts can be widely disseminated.

Texas Supreme Court Justice Don Willett, who tweets at @JusticeWillett, noted the opinion in a tweet.