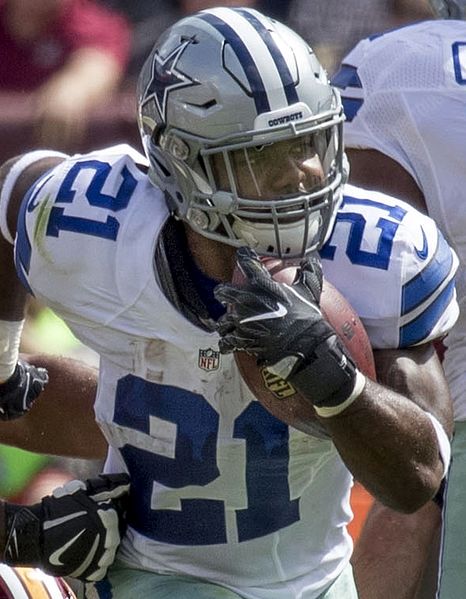 The NFL is seeking to reinstate a six-game suspension imposed by an arbitrator against Dallas Cowboys running back Ezekiel Elliott.

The NFL is asking U.S. District Judge Amos Mazzant of Texas for a stay pending appeal of the preliminary injunction he issued Friday that allows Elliott to play. The request is the first step in appealing the stayed suspension to the New Orleans-based 5th U.S. Circuit Court of Appeals, the Washington Post reports. The NFL has also filed notice of appeal, USA Today and Sports Day report.

Elliott had been suspended as a result of allegations that he had physically abused a former girlfriend. Mazzant said Elliott didn’t get a fair hearing before an arbitrator partly because Elliott wasn’t allowed to cross-examine his accuser and NFL Commissioner Roger Goodell, USA Today reported on Friday.

“The NFL’s actions demonstrate that from the very beginning of the decision-making process, a cloud of fundamental unfairness followed Elliott. Unfortunately, this cloud followed Elliott into the arbitration proceedings,” Mazzant wrote.