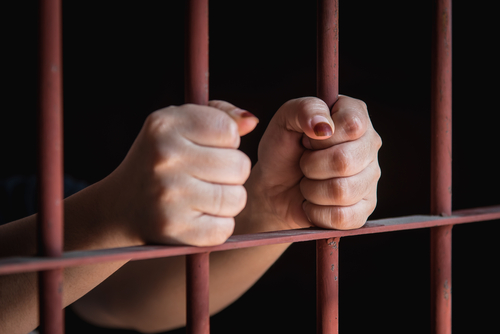 An Oregon woman was held in jail for nine days this month to ensure that she would appear to testify against the man she accused of raping her over a seven-month period when she was 18 years old.

The woman, now 20 years old, was held as a material witness, the Medford Mail Tribune reports in a story cited by the Associated Press and NBC News. A judge set bail for her at $500,000, but that amount was “unattainable,” her lawyer, Donald Scales, told NBC News.

The man she testified against, 30-year-old Christian Sanchez, was convicted of rape and other related crimes Sept. 16, according to a press release, available here, by the Jackson County, Oregon, district attorney’s office.

Scales told NBC News that the accuser had missed check-ins with victims’ services, and her relatives were concerned that she wouldn’t appear at trial. Scales had requested less restrictive measures to ensure the woman’s appearance, such as an ankle monitor, but the court thought that was insufficient, he said.

One of the prosecutors in the case, Deputy District Attorney Zori Cook, had said the accuser struggled with addiction and sometimes lived on the streets, making it necessary to hold her as a material witness.

Court filings cited by the Medford Mail Tribune alleged that Sanchez used weapons that included a hammer, a lighter and a screwdriver.