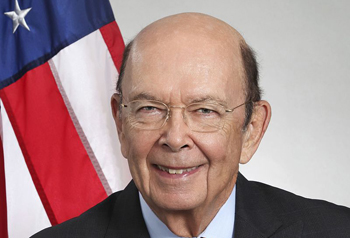 The Washington Post, Bloomberg News and Business Insider had the story.

The Paradise Papers also show how companies such as Apple and Nike worked with Appleby to avoid paying billions of dollars of taxes. The Washington Post and the New York Times have separate stories on Ross, while the BBC reports on the Appleby law firm.

Appleby disclosed a data breach last year in an Oct. 24 statement. In a new statement published Sunday, the firm says the reports do not allege the firm had done anything illegal. “We wish to reiterate that our firm was not the subject of a leak but of a serious criminal act,” the new statement says. “This was an illegal computer hack.”

About half of the leaked documents are believed to be from Appleby and from Estera, a corporate services provider which operated as part of Appleby before it spun off into its own entity, according to the Post. The BBC describes Appleby as among the “offshore magic circle” of law practices.

The Ross documents, leaked from Appleby, show partnerships used by Ross have a 31 percent stake in a shipping company called Navigator Holdings, according to the Times. One of Navigator’s largest clients is the Russian energy firm Sibur, which is owned partly by Putin’s son-in-law and two Russian oligarchs. One of the oligarchs is personally under U.S. sanctions and the other owns a company under U.S. sanctions.

A spokesman for Ross said Navigator’s business dealings with Sibur began before the commerce secretary joined the board in 2012, and Ross never met the oligarchs who are Sibur shareholders. He also recuses himself from matters involving transoceanic shipping vessels, and is no longer a board member.

But the Times reports that Ross’ investment firm became a major investor in Navigator in 2011, before its relationship with Sibur.

Ross tells CNBC that “there is nothing wrong with anything that was done,” Reuters reports.

“There was disclosure, there is no impropriety and if people draw a contrary conclusion that’s because the papers have twisted the story and made it into something that it’s not there,” Ross says.

The documents also show a startup company co-owned by Jared Kushner, President Donald Trump’s son-in-law, received funding from a Russian billionaire in 2015, according to the Post. The billionaire owns “a sizable number of shares in Twitter and Facebook,” the article reports. The Guardian also has a story.

The documents also show a portfolio of assets that provide income to Queen Elizabeth II invested about $12 million in private funds offshore.