'Patent troll' has no clear meaning and is a protected statement of opinion, state high court says 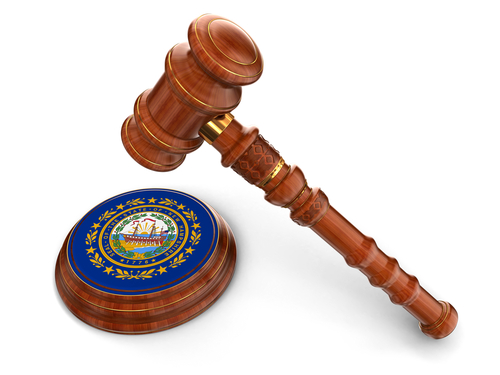 The New Hampshire Supreme Court has upheld dismissal of a suit filed by an inventor and his company who claimed they were defamed by the “patent troll” label.

The court said “patent troll” is a statement of opinion that can’t be proved true or untrue because the term has no precise definition, report the Concord Monitor and Law360. As a result, the term can’t be defamatory, the court said.

The court ruled Friday against inventor David Barcelou and his company, Automated Transactions LLC, which is known as ATL. Barcelou had alleged that he and ATL became the subject of a defamatory smear campaign after the company generated more than $3 million in licensing revenues for its automated teller patent between 2011 and 2012.

Specifically, Barcelou alleged that the Pierce Atwood law firm, one of its lawyers and two associations defamed him by calling his company a patent troll. Pierce Atwood had used the term on its website, the American Bankers Association used it in congressional testimony and the Credit Union National Association used it in a slideshow presentation that included a picture of a troll.

The patent troll phrase has proliferated in recent years, yet a widely accepted definition of the term has not been devised, the New Hampshire Supreme Court said.

The court did offer a general definition: The term patent troll is used to describe patent owners who don’t provide products or services themselves, but who demand royalties from others.

But precise definitions vary, the court said. The term has been used to refer to any party that doesn’t produce goods or services, to companies whose primary line of business is filing patent suits, to companies that assert patents they bought from others, to those who assert invalid patents, or to those who engage in abusive tactics in patent litigation. Some even use the word “troll” to refer to anyone who is suing them.

Barcelou had made ATL the exclusive licensor of his patent for the cash-dispensing properties of his idea for an “automatic tournament machine.” The machine could accept an entry fee, choose a winner and award an immediate cash prize.

Barcelou said the patent troll label and the alleged smear campaign had hurt revenues and damaged his reputation.

But the court said the patent troll term is deployed in “myriad ways” by those who utter it. “Like other, similar pejorative terms, ‘patent troll’ is ‘quintessentially subjective,’ ” the court said, citing another court decision.