Corrected: New Jersey’s Paulette Brown was formally nominated Sunday to become ABA president in 2015. She will be the first woman of color to head the nearly 400,000-member association.

Under the ABA’s constitution and bylaws, Brown’s nomination will be announced Monday when the House of Delegates meets during the ABA’s Midyear Meeting in Chicago.

Brown said she felt gratified and honored by the nomination, and that it was her hope that it would help confirm to non-members that the ABA is an organization that welcomes everyone. 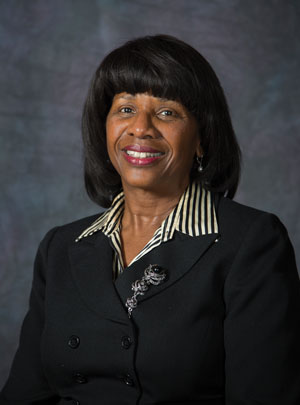 “When an organization includes everyone, it becomes stronger,” Brown said. “There are a lot of important issues facing lawyers today, and it is my goal to make sure that the ABA is the go-to organization for all lawyers, everywhere.”

Brown, named in July by Fastcase as one of 50 legal innovators to watch, is a partner in Madison, N.J., at Edwards Wildman Palmer, where she serves as chief diversity officer and manages a labor and employment practice.

At the ABA, she has served in the House of Delegates since 1997, and is a past member of the Board of Governors. She co-chaired the Commission on Civic Education in the Nation’s Schools, serves on the Task Force on the Future of the Legal Profession, and is a council member for the Section of Legal Education and Admissions to the Bar.

Also on Sunday morning, Linda A. Klein, an Atlanta lawyer and former chair of the House of Delegates, addressed the nominating committee as a candidate for president-elect of the ABA. She is the only declared candidate. Under ABA rules, Ms. Klein would be considered next year. Klein is managing shareholder of the Georgia offices of Baker, Donelson, Bearman, Caldwell & Berkowitz.

The ABA Journal’s Allen Pusey contributed to this post.

Updated Feb. 10 to reflect a correction in reference to Linda A. Klein.

This post has been changed to reflect a correction in its reference to Linda A. Klein. The ABA Journal regrets the error.