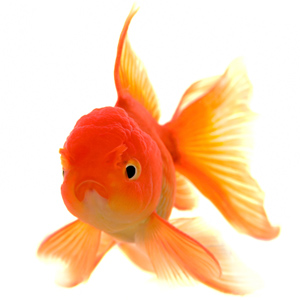 Initially puzzled by a pet store’s refusal to sell him a goldfish, a California man says he found out more during discovery in his civil rights suit.

The sale was refused by the Petco in Camarillo because he was trying to purchase the goldfish on March 20, around the time of Nowruz, plaintiff Sam Mojabi says in his Los Angeles Superior Court suit. The secular new year holiday has roots in the Zoroastrian religion and is celebrated by 300 million people around the world, Courthouse News reports: In particular, Iran, Afghanistan, Azerbaijan, Russia, the Balkans, and parts of Central Asia.

Petco Animal Supplies Stores have a “systemic” practice of refusing such sales around the time of the spring equinox, he alleges, and treated him differently than other customers due to his “Persian background and religious beliefs,” according to Courthouse News.

The complaint says Petco asked customers about their ethnic and religious background to determine if they could buy a goldfish and even circulated a memo to staff telling them to refuse to sell to Persians around Nowruz. In many households, it is customary for families to have a bowl with a live goldfish as part of the holiday displays on their tables during Nowruz celebrations, a 2013 Huffington Post article explains.

Ironically, although the policy may have been based on a misplaced concern that goldfish would be discarded after the holiday, it is considered good luck to have the animals live a long and happy life, attorney Henrik Sardarbegian, who represents Mojabi and other plaintiffs, told Courthouse News.

“Right now, a 15-year-old boy who wants to buy a goldfish to feed to his snake could go and buy one,” he said. “My client was buying food for the fish. If the point of the policy is to prevent animal cruelty, what measures do they have in place to stop it when it actually happens?”

Petco doesn’t comment specifically on pending litigation, but is looking into the allegations, a spokeswoman told Courthouse News in an email.

“At Petco, we have a strong commitment to animal welfare and responsible pet ownership and we do not tolerate discrimination of any sort,” she wrote.