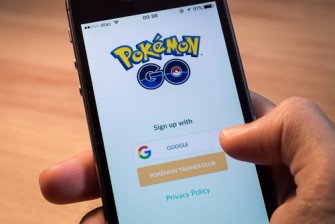 Pokemon characters are on the loose, and it’s your job to catch and collect them.

That’s the premise of the new Pokemon Go app, which uses your phone’s GPS and clock to detect where you are and make Pokemon characters appear on your phone screens, Vox explains. The Pokemon characters may be in public places such as parks, beaches and even bathrooms, and players have to go to the locations to find them.

Or even the courthouse, suggests Miami Herald courts reporter David Ovalle in a tweet. “I’m told there are Pokemons in the courthouse hallways,” he writes @DavidOvalle305. “I have no idea what that means, but they better not approach the jurors.”

Does placing a Pokemon character on a private property, without permission, affect the owner’s interest in exclusive possession of the property? Does it create an attractive nuisance? Does owning real property extend property rights to intellectual property elements that are placed on it? Is there liability for placing the characters on private property or in dangerous locations?

Michigan lawyer Brian Wassom raises other legal issues in a post for the Hollywood Reporter’s THR, Esq. blog. Augmented reality games can lead to competition for the use of the same physical spaces, disrupting the ability of players and nonplayers to enjoy the place, and possibly leading to violence, he says. Could government limit the players in a public space? Would that bring a First Amendment challenge?

Wassom also sees a risk of injury for players who are “wandering through the physical world while staring through a phone screen.” New York lawyer Peter Pullano makes a similar point in an interview with 13WHAM in which he raises the possibility of distractions for drivers. “Even though you may be looking for your Pikachu while you’re driving, that’s not going to impress your officer,” Pullano said.

LawNewz points out that the game’s terms of service disclaim liability for property damage, personal injury or death while playing the game, as well as claims based on violation of any other applicable law. The game also has a notice that generally requires arbitration of disputes.

Hat tip to the Daily Caller.