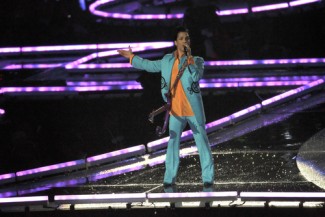 The estate of the late recording artist and actor Prince is suing an Englewood, New Jersey-based domain broker for cybersquatting the prince.com website.

Filed last Wednesday in the U.S. District Court for the District of New Jersey, the suit alleges that Domain Capital is infringing on the estate’s “PRINCE” trademark by owning the domain.

Legaltech News has the story.

Born Prince Rogers Nelson, the artist came to prominence in the late 1970s and early 1980s, and was the driving force behind the 1984 soundtrack and film Purple Rain. Prince died at 57 of a fentanyl overdose in 2016 at his Paisley Park recording studio in suburban Minneapolis. His estate owns three trademarks under the Prince name.

This is the arrangement between the unknown original owner of prince.com and Domain Capital. The complaint did not say how the defendant had profited from this transaction. Prince.com does not currently return a result when typed into a browser.

The suit is being brought under the Anticybersquatting Consumer Protection Act. Passed in 1999, the law created a federal cause of action if a domain name was registered, trafficked or used in a way that infringed upon a trademark or personal name.

This is not Domain Capital’s first run-in with infringement. According to the complaint, the company “has been ordered to transfer domain names under the Uniform Domain Dispute Resolution Policy for the registration and use of the domain names in bad faith.”

Since Prince’s death, his estate has filed a flurry of lawsuits both big and small. In 2016, the estate sued media mogul Jay-Z’s Roc Nation, a company that owns the online music streaming service Tidal, for copyright infringement, according to the Hollywood Reporter. The same publication reported that a settlement was reached earlier this year.

In late May, the estate sued an Oklahoma man for copyright infringement after he posted some of the artist’s videos, Billboard reported.

After reviewing probate documents, the Chicago Tribune reported that Comerica Bank & Trust and its attorneys, which include Fredrikson & Byron, have been paid $5.9 million in fees and expenses.

Prince’s estate, estimated to be worth $200 million before taxes, is currently going through probate in Carver County District Court in Minnesota.