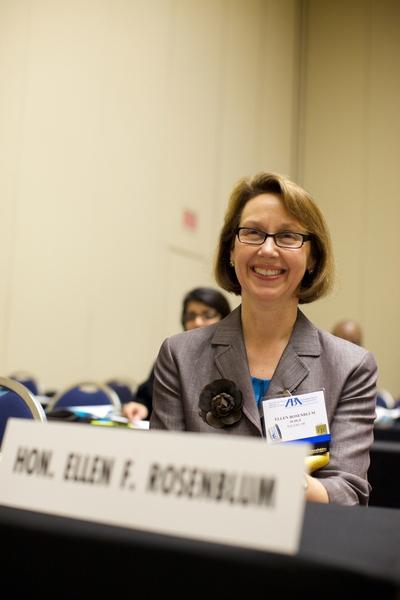 Recessionary concerns are undermining efforts to achieve greater diversity in the legal profession, states an ABA report that will be released Friday at the association’s 2010 midyear meeting.

“While law firms have increasingly come to recognize that diverse corporate clients and international markets often require lawyer diversity, the recession is drying up monies for diversity initiatives and creating downsizing and cutbacks that may disproportionately and negatively affect lawyer diversity—thereby undoing the gains of past decades,” states the report produced for the ABA Presidential Initiative Commission on Diversity.

The report, titled Diversity in the Legal Profession: The Next Steps (PDF), also urges law schools to take financial considerations into account in seeking greater diversity in admissions since diverse populations often are most affected by rising tuition costs and heavy debt loads.

Law schools, states the report should educate applicants “about planning for the financial aspects of a legal education, including the risks associated with mortgaging their futures (i.e., acquiring excessive student loans) and that they are not guaranteed to secure employment with a $150,000-a-year salary.” But law schools also should explore ways to help bring down legal education costs through such innovations as more distance learning opportunities, rethinking the traditional three-year law school curriculum (four years for many night students) and even treating a law degree as a capital asset for tax purposes.

Another key conclusion of the report is that it is crucial for the legal profession to define diversity in an expansive way. “The legal profession increasingly recognizes that (1) diversity encompasses identities beyond race and gender, and (2) race and gender cannot be addressed adequately under rubrics of ‘white/nonwhite’ and ‘male/female,’ ” the report states. Diversity initiatives should encompass members of the lesbian-gay-bisexual-transgender community as well as disabled lawyers.

The report also calls on law firms to adjust their cultures, not just their numbers, to achieve greater diversity. “Taking effective steps to prevent the systemic and shameful attrition of attorneys from underrepresented groups—especially women attorneys of color—will improve the workplace for everyone and curb and expensive loss for any organization,” the report states.

These and other recommendations in the report will be discussed in detail by the Presidential Initiative Commission on Friday afternoon during the midyear meeting being held in Orlando, Fla. The diversity program will be held from 3:30 p.m. to 5 p.m. ET at the Walt Disney World Dolphin Hotel.

“This is not a prescriptive checklist of ‘to dos’ for the profession,” said commission chair Ellen F. Rosenblum, a judge on the Oregon Court of Appeals in Salem. Rather, she told the ABA Journal prior to the start of the midyear meeting, the report is an effort to initiate new thinking about how the legal profession can achieve greater diversity. “We are making progress,” she said, “but in some areas we’re still stagnant, and we’re trying to figure out why.” The law school pipeline, for instance, “is still a conundrum,” she said.

ABA President Carolyn B. Lamm, a partner at White & Case in Washington, D.C., appointed the commission to prepare the report as a follow-up to an initiative of her predecessor, H. Thomas Wells Jr., to assess the state of diversity in the legal profession. That initiative included four regional hearings and a summit on diversity held in June 2009. (Wells is a partner at Maynard Cooper & Gale in Birmingham, Ala.)

The midyear meeting opens today, and it will run through Tuesday. The ABA’s policy-making House of Delegates will meet on Monday and Tuesday.