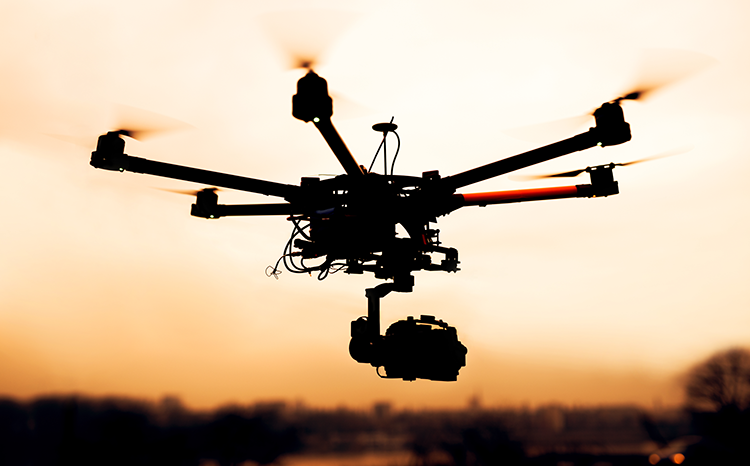 The ABA will address the growing presence of drones in American airspace by lobbying for regulations that would help prevent operators of the unmanned aircraft from trespassing on private property.

The Section of the Real Property, Trust and Estate Law sponsored Resolution 111, which was adopted overwhelmingly at the 2020 ABA Midyear Meeting in Austin, Texas.

Section member and delegate Orlando Lucero of Albuquerque, New Mexico, urged delegates to approve the resolution, noting that current law is lagging behind the technology.

“This is a hot topic, and it is imperative that the ABA have policies in place to help guide legislators and regulators. Because the FAA’s mission is to ensure the safe and efficient operation of aircraft, the FAA has not yet incorporated property and privacy concerns into the existing federal regulatory scheme,” Lucero said.

He said it was important for drone regulations to “recognize the historical privacy of private property rights and the concomitant expectation of private privacy on our land.”

“How many of us really want a drone peeking through our bedroom window in our 10th-floor apartments? How many of us want to be subjected to possible photography in the privacy of our backyard?” Lucero asked. “I would venture a guess that not many of us would say yes.”

In an executive summary, the section noted that drones “raise complicated questions,” and that the resolution would bridge “conflicting interests” that arise from drone being flown over private property and “private property occupants’ common law trespass rights and privacy rights.”

Under the resolution, the ABA will push for the protection of existing common law trespass and privacy rights. A patchwork of laws, statutes, ordinances and regulations have popped up as drones have grown in popularity and as public agencies and private citizens use more drones.

Peter Langrock, a state delegate from Vermont, objected to language in the conclusion of the report but withdrew his opposition after it was revised.

Langrock objected to the report’s emphasis on the law of trespass in the governance of drones and said other legal doctrines, including nuisance, should apply.