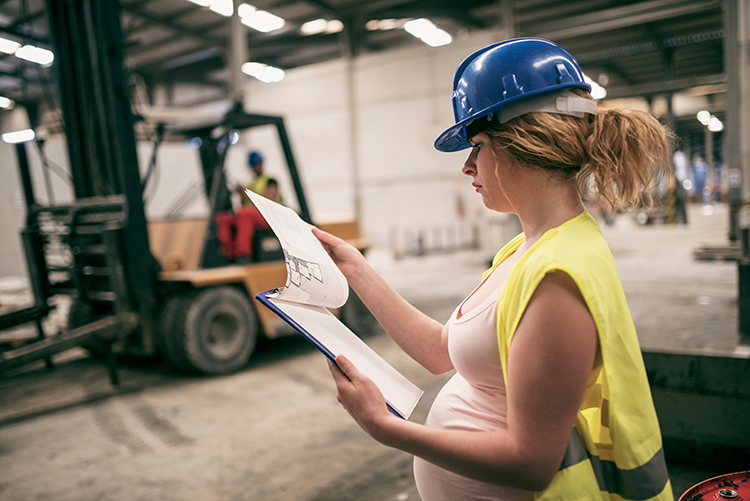 The House of Delegates overwhelmingly approved a measure addressing the pressing need to protect pregnant workers at the ABA Hybrid Annual Meeting on Tuesday.

Resolution 511 urges Congress to pass the Pregnant Workers Fairness Act or similar legislation that guarantees pregnant workers the right to reasonable accommodations so they can keep working without jeopardizing their health, as long as it doesn’t place an undue burden on their employers.

The resolution, which was co-sponsored by the Young Lawyers Division and the Commission on Disability Rights, asks that the legislation prohibit employers from denying pregnant workers employment opportunities or retaliating or taking adverse actions against them based on their need for reasonable accommodations. It also asks that the measure prevent employers from making pregnant workers take paid or unpaid leave if reasonable accommodations are available to them.

Daiquiri Steele, a Young Lawyers Division representative to the House of Delegates, introduced the resolution. She said many pregnant workers face significant risks because they lack access to reasonable accommodations, such as a stool to sit on or more frequent bathroom breaks.

“These risks are particularly acute for Black and Latinx workers who are overrepresented in low-wage, inflexible and physically demanding jobs,” Steele added. “Such legislation not only takes steps toward eliminating discrimination but also promotes women’s health, fetal and child health and economic security by ensuring accommodations for those workers whose ability to perform their job function is limited by pregnancy, childbirth or a related medical condition.”

While the Pregnancy Discrimination Act and Americans with Disabilities Act provide pregnant workers some protections, neither law provides them the explicit right to receive reasonable accommodations to help them stay healthy during their pregnancies.

Data from the National Partnership for Women & Families, which is cited in the report accompanying the resolution, shows that nearly 31,000 charges of pregnancy discrimination were filed with the U.S. Equal Employment Opportunity Commission and state-level fair employment practice agencies between October 2010 and September 2015.

In just one year, between October 2014 and September 2015, women filed more than 650 charges alleging they were denied reasonable accommodations while pregnant.

He shared the stories of an activity director, a retail worker and a hardware assembler who were all terminated after they asked for reasonable accommodations. He also told the House that his wife, Josephine Bahn, the YLD secretary, feared taking leave or asking to work from home to elevate her legs during the third trimester of her pregnancy.

“Enhanced protections for pregnant workers not only encourage employers to accommodate pregnant women but also enable and empower those pregnant workers to protect their own health and safety,” Jennison said. “If my lawyer-wife feared speaking up, how many other women feel the same?”

U.S. Rep. Jerrold Nadler, a Democrat from New York, introduced the Pregnant Workers Fairness Act in 2012. The most recent version of the bill, which Nadler reintroduced in February, aims to “eliminate discrimination and promote women’s health and economic security by ensuring reasonable workplace accommodations for workers whose ability to perform the functions of a job are limited by pregnancy, childbirth, or a related medical condition.”

After the House passed the legislation in May, it went to the Senate, where it was referred to the Committee on Health, Education, Labor and Pensions. The committee advanced it on Aug. 3.

As of September, 30 states, the District of Columbia and four cities also required employers to provide reasonable accommodations to pregnant workers, according to additional data from the National Partnership for Women & Families that is included in the report.

Resolution 511 also urges Congress to include in the Pregnant Workers Fairness Act or similar legislation the same remedies for pregnant workers as those established in the Civil Rights Act of 1964. Under Title VII, workers who have experienced employment discrimination may be entitled to lost pay, compensatory damages and reasonable attorney fees.

The ABA has long worked to prevent discrimination on the basis of such classifications as race, gender, national origin, disability, age and sexual orientation.

Among its recent efforts, the House of Delegates approved a resolution in 2019 that urges Congress to pass legislation that explicitly guarantees “discrimination because of sexual orientation, gender identity/expression, sex stereotyping or pregnancy is sex discrimination prohibited by the Civil Rights Act of 1964 and other federal statutes.”