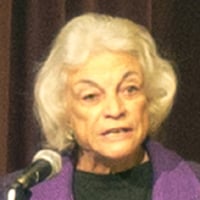 Other video games offer students the chance to play a member of Congress, decide a U.S. Supreme Court case, and run a law firm handling Bill of Rights cases.

O’Connor founded the iCivics website and nonprofit group because she was worried that schools had stopped teaching civics, the New York Times reported in March. She told the newspaper she wants students to understand the importance of an independent judiciary and the right to due process.