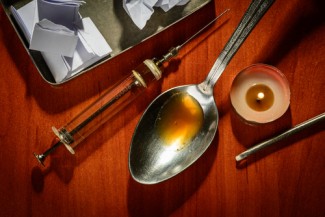 A growing recognition of what some are describing as an unprecedented crisis of prescription drug abuse and heroin use in a diverse population of Americans has sparked growing pressure to try to resolve the issue with rehabilitation rather than incarceration.

Heroin use has surged, in part because it is a less expensive alternative to prescription pain pills. Meanwhile, some say opiate prescriptions are a pathway to addiction for the unwary, because they are overprescribed and the risks they pose are underappreciated, according to 60 Minutes and the New York Times (reg. req.).

Today, though, it is not simply people on the streets of major cities but members of middle-class and upper-middle-class families who are addicted, those familiar with the epidemic of drug use say. That has increased political pressure to find solutions other than simply criminalizing drug use and associated misbehavior.

“Because the demographic of people affected are more white, more middle class, these are parents who are empowered,” Michael Botticelli told the Times. He is the nation’s so-called drug czar, officially known as the director of the White House Office of National Drug Control Policy.

Kimberlé Williams Crenshaw, a black law professor who specializes in racial issues at University of California, Los Angeles and Columbia, told the New York Times that the shift in thinking is welcome. “But one cannot help notice that had this compassion existed for African-Americans caught up in addiction and the behaviors it produces, the devastating impact of mass incarceration upon entire communities would never have happened.”

Tracy Morrison, a nurse who is the mother of an adult daughter who has struggled with addiction, says the medical profession bears some responsibility for the problem. She said she herself had no idea that legal prescriptions could cause such problem when the pendulum swung years ago toward increased treatment of pain, reports 60 MInutes.

Now, however, it is important to treat addiction rather than blame those who suffer from it, she told the CBS news magazine, pointing out that others with medical issues aren’t criminalized.

“Because we don’t throw diabetics who sit on the couch eating Bon Bons and smoke and they weigh 300 pounds in prison. We don’t belittle them and there’s not a big stigma; we don’t do that to people that chain smoke and develop lung cancer,” she said.

Addiction “is a chronic relapsing brain disease, period, amen, end of story and we need to accept it—even if it makes people uncomfortable.”

Previous:
DOJ to pay $200K to immigration judge over recusal pressure because of her Iranian heritage

Next:
Juror is fined $1K for posting on Facebook and causing mistrial