RBG action figure to ship this fall thanks to Kickstarter campaign 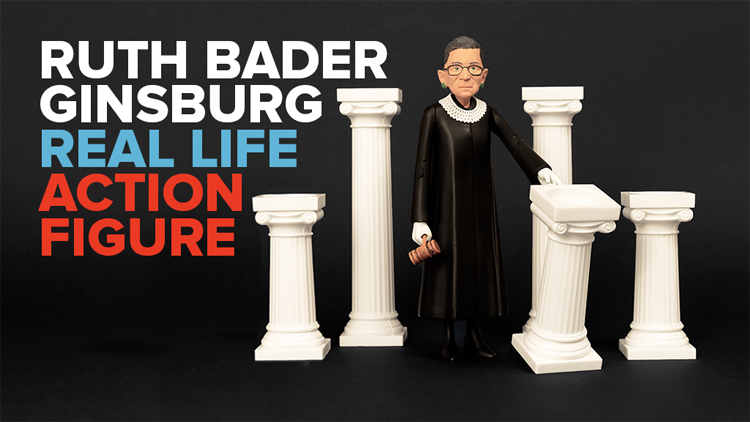 Updated: A company that hoped to raise $15,000 to make a Justice Ruth Bader Ginsburg action figure instead raked in $613,700.

The RBG action figure is expected to ship in the fall, report Law.com, CNBC and AM New York. Kickstarter contributors will be among the first people who receive the figure that sells for $19.99.

The manufacturer, Fctry, met its initial goal in less than an hour, according to the company’s marketing coordinator Zoe Cronin. The funding campaign was the most successful ever for the company.

Ginsburg already has one of the action figures and told the company she will put it on her mantel, Cronin told AM New York and Law.com.

The Kickstarter page says the action figure includes “wire-rimmed glasses to see through the patriarchal bullsh*t” and a “righteous robe, the next best thing to a cape.”

The company is donating $1 for each of the 15,654 Kickstarter backers to She’s The First, a group that mentors and gives scholarships to young women.

On the Kickstarter page, Fctry says the RBG action figure “will surely wind up in the hands of young girls and boys who may, quite possibly, grow up entirely free of all of the antiquated stereotypes that RBG has spent her life dismantling.”

Updated on Aug. 16 with shipping information.