Savannah Law School will close, students and faculty are told 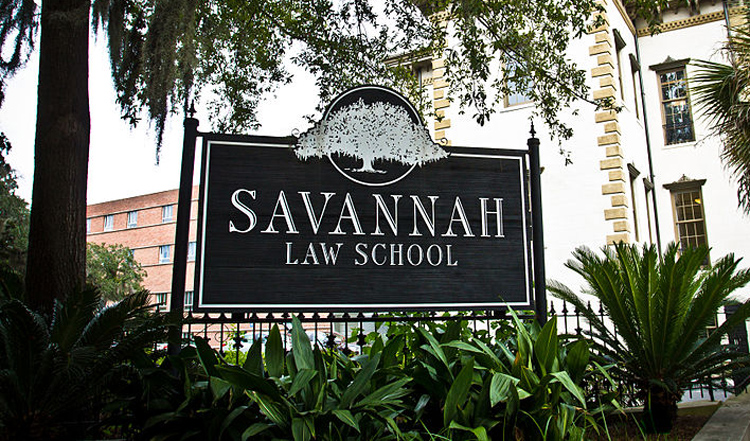 Savannah Law School informed its students and faculty on Wednesday that the school will close at the end of the spring semester.

Law dean Malcolm Morris told students about the plan at a town hall meeting, report the Savannah Morning News, Law.com and Above the Law. Faculty members had learned of the closure shortly before the meeting, law professor Andy Wright said in a tweet.

Students were told that the law school building had been sold and they would be relocated to an unannounced location. The school is a branch campus of the John Marshall Law School in Atlanta.

Savannah Law School opened in 2012, and will become the fourth law school in the past year to either close or announce plans to close, according to Law.com. Others that are closing are Indiana Tech Law School, Whittier Law School in California, and the Charlotte School of Law in North Carolina. Valparaiso University School of Law in Indiana, meanwhile, has suspended admissions and is seeking to affiliate with another school or to move to a new location.

Morris did not respond to a message and email from the ABA Journal. The law school’s website has an announcement that the campus is not accepting applications for 2018.

Barry Currier, managing director of the ABA Section of Legal Education and Admissions to the Bar, said Thursday morning that the dean had contacted the section, which accredits law schools. “We have not, however, been formally notified of closure and, to the best of my knowledge, the school has not yet made a formal public announcement,” Currier told the ABA Journal in an emailed statement.

The closing of the branch campus is governed by an ABA rule addressing school closures and teach-out plans. The rule provides that the decision to close shall be publicly announced by the school, and promptly reported to Currier’s office, he said in the statement.

After that, the school must submit a teach-out plan that gives current students a chance to complete their studies. The ABA section reviews the plan and either approves it or sends it back to the school for revisions.

“If, indeed, the school intends to close,” Currier said, “we assume that those first steps will happen soon.”