Scalia compares himself to Frodo in originalism battle 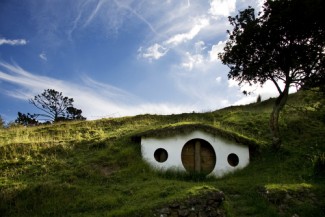 Justice Antonin Scalia made two public appearances on Wednesday, calling for balance in interpreting the church-state divide in one, and comparing his support for originalism to the quest of the Lord of the Rings character Frodo Baggins in the other.

In a speech at Colorado Christian University, Scalia said the separation of church and state is fundamental to democracy, but some are misinterpreting the concept, the Denver Post reports.

“There are those who would have us believe that the separation of church and state must mean that God must be driven out of the public forum,” Scalia said. “That is simply not what our Constitution has ever meant.”

In a speech at the University of Colorado in Boulder, Scalia said the Supreme Court isn’t split between liberals and conservatives—but there is a split between originalists (consisting of Justice Clarence Thomas and Scalia) and those who believe in a living Constitution, the Denver Business Journal reports.

“It’s a long, uphill fight to get back to original orthodoxy,” Scalia said. “We have two originalists on the Supreme Court. That’s something. But I feel like Frodo” from J. R. R. Tolkien’s Lord of the Rings series, he said. “We’ll get clobbered in the end, but it’s worth it.”

As Business Insider and Above the Law have noted, this is not the first time Scalia has likened himself to the hobbit who traveled to Mount Doom to destroy the One Ring. In one example, at an American Enterprise Institute event in 2012, he explained his comparison by saying, “The evil eye will get us sooner or later, but it’s worth the fight.”

The CU Independent and the Associated Press also have reports on Scalia’s appearances.

Updated at 3:25 p.m. to add information from the Business Insider article.