Sequel to World Justice Forum in the Works 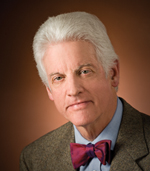 Neukom, whose one-year term ends Tuesday at the close of the ABA Annual Meeting in New York City, focused primarily on the initial accomplishments of the World Justice Project, an ambitious and wide-ranging endeavor that has been the centerpiece of his presidency.

But he also said he isn’t likely to be the project’s moving force in the future. “I don’t matter very much, no one person does,” said Neukom, a partner at K&L Gates in Seattle. “But I don’t have any less interest in this as past president as I did as president, and I’d like to be involved” as the project moves into its next stages.

Although the World Justice Project will continue as an independent entity supported by its own funding sources, its relationship with the ABA will continue to be close. Neukom said the ABA provides no general revenue funding support for the project, but a commission will work with the project on substantive and logistical matters. Neukom will serve as Board of Governors liaison to the commission.

Neukom said he is gratified that the project so far has shown that “a multidisciplinary approach can be very powerful” in building support for the premise that rule-of-law principles are crucial to building and maintaining communities of equality and opportunity for their citizens.

A key element of the project has been to build coalitions between lawyers and other disciplines—including the medical field, architects, engineers and labor groups—that will work together to address rule-of-law issues in the United States and the rest of the world. The first stage of the project culminated in early July at a three-day World Justice Forum in Vienna, Austria, that brought together nearly 500 attendees representing various disciplines from countries around the world.

Neukom cited the fact that the forum produced numerous specific program ideas that attendees committed themselves to working on over the next several months. There are plans to hold a second forum to assess progress on those efforts.

“It’s programs, not rhetoric. It’s deeds, not talk” that matters most, Neukom said. “The point is to stimulate good people of the world to recognize the importance of the rule of law.”

Associated Press: “ABA index will rate justice around the world”