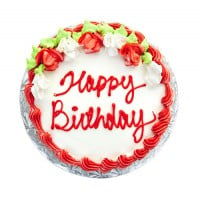 Lawyers who claim the Happy Birthday song is in the public domain say newly disclosed evidence contains the “proverbial smoking gun” that proves the lyrics are no longer protected by copyright.

The cited proof: A 1922 song book that included the Happy Birthday song without a copyright notice. The lawyers say the lyrics haven’t been protected by copyright since that date, report the New York Times and the Hollywood Reporter.

The lawyers represent a documentary filmmaker, Jennifer Nelson, who filed a class action lawsuit over a $1,500 Happy Birthday licensing fee.

The lawyers said in a Monday court filing that their discovery came when the defendant, Warner/Chappell Music, produced 500 pages of documents on July 13. The disclosure included 200 pages of documents said to be “mistakenly” held back during discovery, and among those documents was a PDF of a 1927 publication of the song lyrics that didn’t have the copyright notice.

One blurry line on the 1927 edition provided to the lawyers said the song was published with “special permission” of a company that once owned the copyright before it was transferred to Warner/Chappell. “Curiously,” Nelson’s lawyers write, “it is the only line of the entire PDF that is blurred in that manner.”

Nelson’s lawyers looked for earlier editions and found a version published in 1922 containing the permission line and no copyright notice. Their motion, filed on Monday, seeks permission to supplement the record. It also seeks a summary judgment ruling that the lyrics have been in the public domain since at least 1922, and copyright protects only specific piano arrangements of the song.

The response says the defendant wasn’t hiding anything or proceeding in bad faith. “And to be clear,” the filing says, “we did not notice the blurred text” about the permission grant. The document was held by third parties and was initially obtained in the company’s search for documents supporting a 1935 copyright that were thought to be protected as attorney work product, according to the filing.