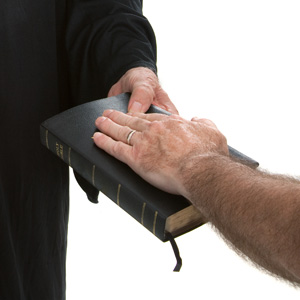 Some witnesses before the grand jury considering charges against Ferguson, Missouri, police officer Darren Wilson were “clearly not telling the truth,” according to the prosecutor who allowed them to testify.

In an interview with KTRS 550, St. Louis Prosecuting Attorney Robert McCulloch said he doesn’t regret his decision to allow testimony by “anyone who claimed to have witnessed anything.” The Guardian, the St. Louis Post-Dispatch and the Washington Post have stories.

“I thought it was important to present anybody and everybody, and some that were, yes, clearly not telling the truth, no question about it,” McCulloch said.

The Smoking Gun has identified one of the grand jury witnesses as Sandra McElroy, whose account “neatly tracked with Wilson’s version of the fatal confrontation.” She contacted police four weeks after the shooting after the press had reported on Wilson’s version of events. Her online posts had included racial slurs and some referred to Brown.

Grand jury testimony indicated that McElroy was not taking medication for her bipolar disorder and she had memory problems after a 2001 car crash. She was arrested for alleged check fraud in 2007, and had previously claimed to be a witness in another high-profile case later deemed to be a fabrication, the story says. She gave the grand jury several explanations for her presence in Ferguson on the day in question.

McCullogh referred to a witness who gave conflicting accounts of her reason for being in the neighborhood a portion of the radio interview. “This is a lady who clearly wasn’t present when this occurred, and she recounted this statement that was right out of the newspaper about Wilson’s actions, right down the line,” McCulloch said, “even though I’m sure she was nowhere near the place.”

McCulloch said he did not intend to pursue perjury charges.