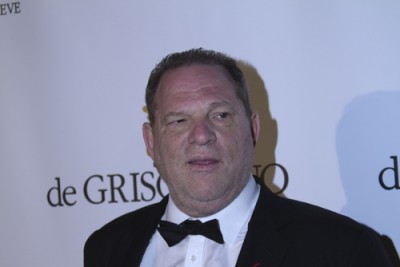 Instead of investigating and taking prompt corrective action, the Weinstein Company used settlements that contained strict nondisclosure agreements to keep the misconduct hidden from other employees, the public and law enforcement, the suit alleges.

“To work for Harvey Weinstein was to work under a persistent barrage of gender-based obscenities, vulgar name-calling, sexualized interactions, threats of violence, and a workplace generally hostile to women,” the suit says.

In one instance, the suit alleges, Weinstein exposed himself to a female employee and had her take dictation “while he leered at her, naked on his bed.” Weinstein also required female employees to facilitate his sexual encounters, according to the complaint.

The suit appears to be timed to delay a sale of the company that was expected to be finalized on Sunday, according to the Times. The buyer was an investor group led by Maria Contreras-Sweet, a former head of the Small Business Administration under Barack Obama.

A lawyer for Weinstein, Benjamin Brafman, said his client’s behavior “was not without fault, there certainly was no criminality, and at the end of the inquiry it will be clear that Harvey Weinstein promoted more women to key executive positions than any other industry leader.”

The company board released a statement saying that many of the allegations relating to the board are inaccurate.

By doing nothing, the Weinstein Company repeatedly broke New York law. That is unacceptable. It was then, it is now, and it will be moving forward.

Adds tweets from Schneiderman at 1:22 p.m.