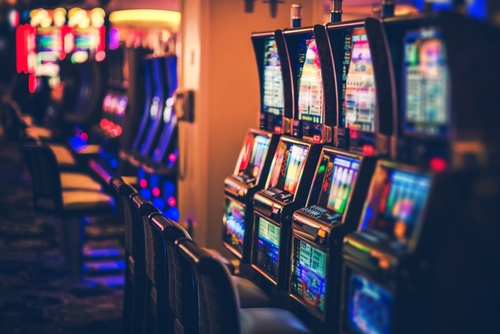 An invasion-of-privacy lawsuit claims that the former general counsel of Wynn Resorts approved a “secret undercover operation” to gather derogatory information about a former salon employee who provided information to the Wall Street Journal.

Corporate Counsel, the Las Vegas Review-Journal and the Washington Post have coverage.

The suit claims that Nielsen was targeted because he provided information for a January 2018 Wall Street Journal article accusing then-Wynn Resorts chairman and CEO Steve Wynn of sexual misconduct.

The suit alleges that Sinatra and two other defendants participated in a plan to send “an undercover operative” posing as a client to the new salon that employed Nielsen. The place was the salon at Palms Casino Resort.

The other defendants accused of participating in the undercover-client conspiracy are Wynn Resorts CEO Matthew Maddox and James Stern, who was then the Wynn director of security.

The suit identifies Stern as the likely mastermind of the plan, and Sinatra and Maddox as approving it.

Wynn resigned as chairman and CEO in February 2018. The undercover operative was sent to Nielsen’s salon in March 2018, and Wynn filed a defamation suit against Nielsen in April 2018, according to the suit.

The suit says Wynn filed two other defamation suits, as well. The suit claims that the defendants did nothing to “distance themselves from Steve Wynn’s use of litigation, especially defamation lawsuits, to intimidate others from coming forward and telling the truth about his misconduct.”

A Wynn spokesperson gave a statement to the Las Vegas Review-Journal. “This lawsuit is without merit, and we will vigorously defend ourselves against it,” the statement said. “As Matt Maddox clearly stated in his sworn testimony before the Massachusetts Gaming Commission, the company did not authorize any inappropriate surveillance activity.”

Sinatra referred a request for comment to her lawyer, who didn’t immediately respond.