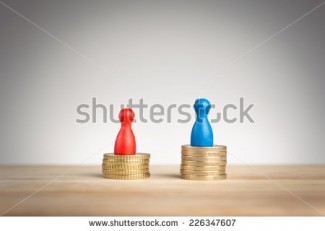 A female lawyer claims in a lawsuit against Farmers Insurance that her $99,000 salary at the company was substantially less than the paycheck for male lawyers handling similar work.

The plaintiff, Lynne Coates, says she complained when she learned in May 2014 that a male colleague handling similar tasks earned between $150,000 and $200,000, the Recorder (sub. req.) and Insurance Journal report. Afterward, Coates says, her supervisor downgraded her duties so that she was essentially doing paralegal work, though she had 18 years’ experience as a lawyer. She quit, effective August 2014.

The suit (PDF), filed in federal court in San Jose, California, seeks to represent other current and past female lawyers at the insurer. “Farmers does not reward its female attorneys equally compared to their male counterparts performing equal work,” the suit alleges.

A Farmers Insurance spokesperson declined to comment when contacted by the Recorder and the Insurance Journal.